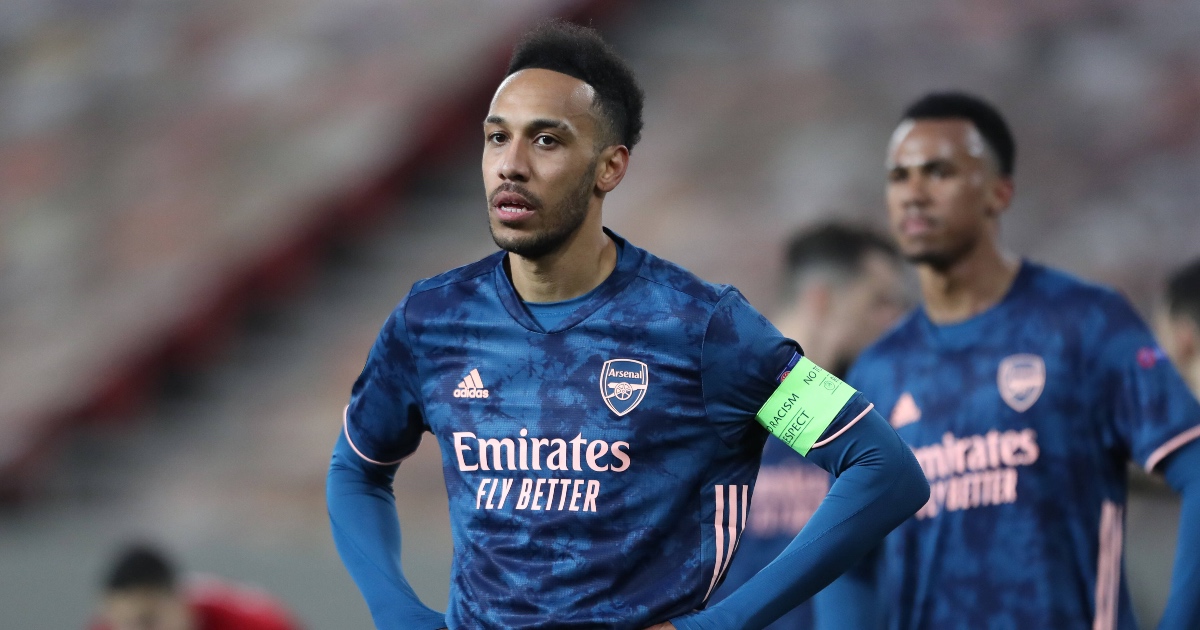 Arsenal captain Pierre-Emerick Aubameyang has revealed his family were left scared by his weight loss after he contracted malaria while on international duty in March.

The Gabon forward missed four games following the diagnosis after a feeling of lethargy left him questioning the cause.

He returned off the bench in the Europa League semi-final first-leg defeat to Villarreal last week and is in line to start the return game, having scored in Sunday’s Premier League win at Newcastle.

But the 31-year-old has only now revealed how a sudden drop in weight and change in mood had his relatives worried about his health.

“I was feeling just normal, a bit down – I thought that it was the travel,” he said.

“As you know, going to Gabon is not so close to here. I felt just a bit tired, especially against Liverpool, but I thought it was just because of the travel.

“I was feeling very, very bad. This was the worst moment of being sick in my life because it was really hard.

“I had three days in a row, fever, all day and all night, non-stop. Even the paracetamol and stuff had no effects on this. After that, I spoke to the doctor.

“I said I needed to go to the hospital because I had travelled to Africa so maybe it was something like malaria.

“I stayed in hospital for three days. I was really, really down and I think I lost four kilos. It was a really bad moment and I think my family was a bit scared to see me like this.”

It was the latest setback in a strange season for Aubameyang, who signed a new three-year contract in September with the target of becoming an Arsenal “legend”.

Instead he has struggled for form and was given a period of compassionate leave to visit his ill mother, before being dropped for the north London derby win over Tottenham after arriving late.

A bout of malaria then followed but Aubameyang, who said the crunch game with Villarreal “maybe the start of the season” for him personally, is aiming to return to form at just the right time.

He hit a hat-trick when Arsenal beat Valencia in the second leg of a Europa League semi-final two years ago under Unai Emery, whose Villarreal side now stand in the way of a second final in three years for the Gunners.

Emery labelled Aubameyang a “killer” on the eve of the game and the striker looks back fondly on his fine performance in the Mestalla back in 2019.

“Definitely it was a good performance and yes it was a big game as well,” he added.

“I think this was my best performance since I have been here at Arsenal.

“It was a really great game game and hopefully I can do it tomorrow again.

“I think I was really motivated in these types of games because a few times I received some criticism about not being involved in big games so I wanted to show people it is not true.

“This is why I am really, really excited to play this game tomorrow, it is a big game and a big moment for all of us, so hopefully I will deliver again.”