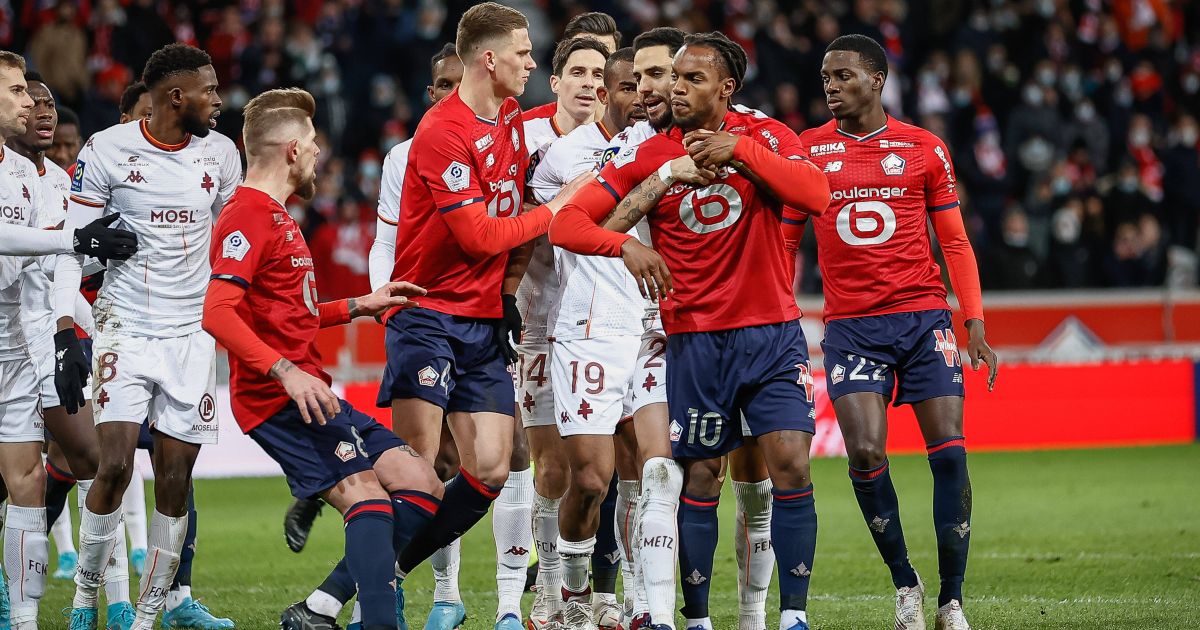 Arsenal are interested in the potential signing of Lille midfielder Renato Sanches in the summer transfer window, according to reports.

The Portugal midfielder was linked with numerous Premier League clubs last summer, including the Gunners, Wolves, Liverpool and Tottenham.

After beating Paris Saint-Germain to the French league title last term, Lille were looking to offload some first-team players in order to raise funds.

The exodus was not as extreme as first anticipated, but they did sell Boubakary Soumare, Mike Maignan, Luiz Araujo and Adama Soumaoro.

Lille were open to selling Sanches, but they were not offering the 24-year-old out for a cut-price, which is understood to have put Arsenal and other clubs off.

And now Italian newspaper Gazzetta dello Sport (via Sport Witness) claims that Sanches ‘has been reborn’ recently and has ‘exhibiting above-average technical skills’.

The former Swansea man has contributed one goal and three assists in 19 appearances in all competitions for Lille this term.

And apparently his recent form has turned AC Milan’s head and ‘raised the interest of English and Spanish clubs’ with the newspaper naming Arsenal and Barcelona as two other suitors.

Gazzetta dello Sport reckons the midfielder is ‘worth around €30m’ to Lille with Arsenal looking to bring in a midfielder in the summer.

Meanwhile, Mikel Arteta has hinted that Martin Odegaard could be the next permanent Arsenal captain after hailing the determination of the Norway international.

Odegaard has become an increasingly important player for the Gunners as they aim to end a five-year Champions League exile.

The 23-year-old impressed once again as Arsenal beat Brentford 2-1 on Saturday afternoon to keep pace with the Premier League top-four race.

“We had a period with him where we could evaluate what Martin could bring to the club,” Arteta explained.

“We had no doubts. The club was brilliant to secure him in a really convincing way. Martin was really happy to join us because he had a really good time, he felt valued, he enjoyed what we are doing, he got a really good connection with the players and the supporters.

“He wanted to be part of the project. Since then he is getting better and better, and I am not surprised.

“The way he lives his profession, the way he likes to play football and everything he does is to become better.

“He has still a big margin. He wants it probably more than anyone else on that pitch, every single day. He will be top, top.”