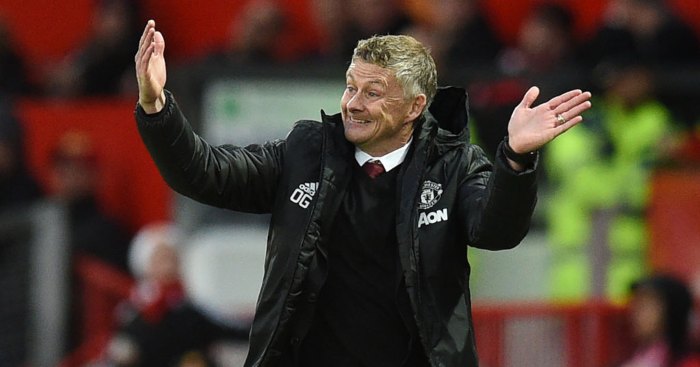 One of the most overused words in football is ‘rebuilding’. Any and every club that is failing to be consistently good is always rebuilding. “This is a rebuilding season”, “we’re going through a rebuilding period” and “we must have a massive rebuild” are just three expressions that are forever in common currency.

This one from Ole Gunnar Solskjaer last month is typical of the genre: “I’ve said it many times, this is a rebuilding job and the boys are working as hard as they can.”

What does that actually mean? Are the boys doing the rebuilding? It makes it sound as though they’re actually laying bricks.

Rebuilding is a myth – a sculpture made out of mist in a hall of mirrors. Like the bizarre notion that football is cyclical, it is just one of those things that has become accepted as a concept when it does not actually exist. It is a vain attempt to fit shape and reason to the illogicality of football.

Solskjaer and every other manager who talks of rebuilding is in effect saying that they shouldn’t be judged harshly right now for that reason. The club is broken and they are charged with rebuilding it. Once the rebuilding is done, then all will be fine. But how would they or anyone know when it is done? How do you measure the completion rate of your rebuild? No such ruler exists.

Manchester United have just drawn with Liverpool; is it proof the rebuilding is over after such a decent result? He will not say so because he, like all managers whose teams are no good or are inconsistent, needs a weekly excuse. And rebuilding is it. But creating a football team is not like building an extension to your kitchen; it is an evolving organic thing with no obvious end point.

The ‘r’ word is just a fancy excuse, trying to pull the wool over the fans’ eyes by implying that club or manager are no mere mugs being subjected to the vagaries of human inconsistency and their own inadequacies. They are in control of events. They are project managers following an architect’s blueprint to construct their own unique house of football. This is science, so stop slagging off the manager and club, stop worrying, keep buying tickets, keep both the faith and the spending of money. That’s what it is all about.

Solskjaer has no idea what he’s building or rebuilding, and nor does Ed Woodward or anyone else at any club. It’s all corporate crap – a sales pitch spun from candy floss and farts. They want us to think they do, of course. That is crucial to the aggrandisement of their positions. It can’t be seen as guesswork and gambling (which it actually is); that won’t do at all. That makes it look like sport and not business and we can’t have that. We’ve got to pretend it’s big business and everyone is an expert and has a blue sky vision.

Managers and club executives shy away from the notion that they are not in control. They want to pretend they are not the victims of the slings and arrows of outrageous fortune and that they are driving the bus, not merely travelling on it. But it’s all a mask, all a pretence.

Perhaps it is a consequence of trying to justify being massively overpaid that everyone needs to pretend they are a serious chin-stroker engaged in some serious construction project, doing the hard sums in pursuit of perfection, following a plan drawn up by experts in the field.

But this is football and we know that’s not possible. It is notoriously mercurial due to being played by humans who will insist on not being consistent or predictable en masse. Therefore putting together a winning side is not a work of science or fact which merely requires the acquisition of the right constituent parts. It is not a jigsaw where there is an end objective to be achieved by putting all the pieces in the right place. That’s not how football works except by good fortune and only then in hindsight.

Saying you are rebuilding is dishonest because it suggests something bigger, greater is at work and it is only a matter of time before the building work is done and the new creation will be unveiled in some sort of ceremony. This will not happen. If you buy into this idea you are buying into the notion that there is some overarching logic and reason to the game of football, when there absolutely isn’t. If there was, United couldn’t have signed so many players who were great before and after they played for the club but poor when at Old Trafford. That is not predictable. Indeed, to see it happen so often seems very unlikely and against all odds.

But football is chaos and all anyone can do is ride the tiger and hang on. Pretending you have some sort of overarching rebuild vision shouldn’t fool anyone. If rebuilding is used as a synonym for merely trying to improve, then everyone is forever rebuilding because every side wants to improve.

All you can do is understand where your side is weak and try to make it stronger. Sometimes it works, sometimes it doesn’t. If you’ve got a crap goalie, you try and get a less crap one instead. That is the full extent of what the myth of the rebuild means in reality. Trying to get better players and make players better, it is no more sophisticated than that. And yet it has somehow been puffed up into a grand concept and assimilated as A Real Thing. As though a football club is flat-pack furniture which you put together via a series of diagrams and you can point to where you are in the process.

The term rebuilding is meant to imply things will get better, which is one of the reasons managers use the word of course, but even the best sides tend to bring in new players every season to try and counterbalance players getting injured or losing form. This is every bit as much rebuilding, but is never depicted as such because the team is doing well. Rebuilding is only ever used as an excuse for failure or inconsistency, never for success. The successful have rebuilt, the unsuccessful are rebuilding. But it is all a house of cards built on sand.