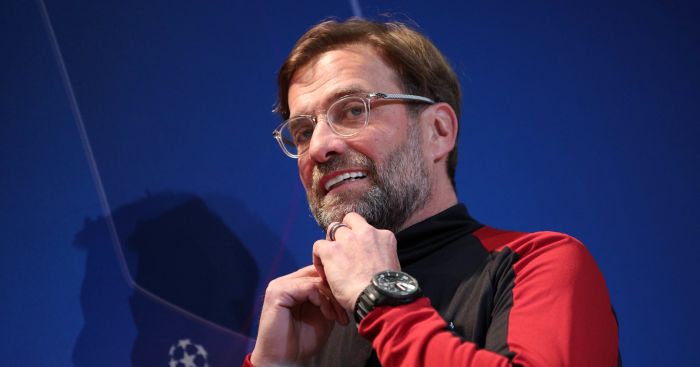 Sam Allardyce thinks Jurgen Klopp is feeling the pressure of delivering a Premier League title to the Liverpool supporters.

The Reds had a seven-point lead at one point in January over their title rivals Manchester City but following some disappointing results, Klopp’s men are now one point behind City.

Despite that, Liverpool still find themselves in a good position, while they have a great chance of going into the quarter-finals of the Champions League when they face Bayern Munich tonight in the second leg of their last-16 clash.

However, Allardyce thinks Klopp has looked “flustered” in in front of the media in recent weeks.

“Occasionally people can get under your skin but you can’t show the slightest sign of weakness because people will say you’re losing it or you’re out of control, and that can pass over to your players,” Allardyce told talkSPORT.

“I have to admit, he has looked a bit flustered recently in his interviews.

“If you pass that over to your players that can be a problem.”

Allardyce is also worried about the form of Liverpool’s attacking trio ahead of their match against Bayern Munich, he said: “Let’s hope they can get that extra bit of quality from their front line tonight because that could be the key for them to beat Bayern.

“They’re not firing on all cylinders at the moment and lots of people are talking about that. It’s one of the reasons they’ve slipped away from the top of the league.

“Defensively they’ve been brilliant this season, but the front line has not quite functioned.”