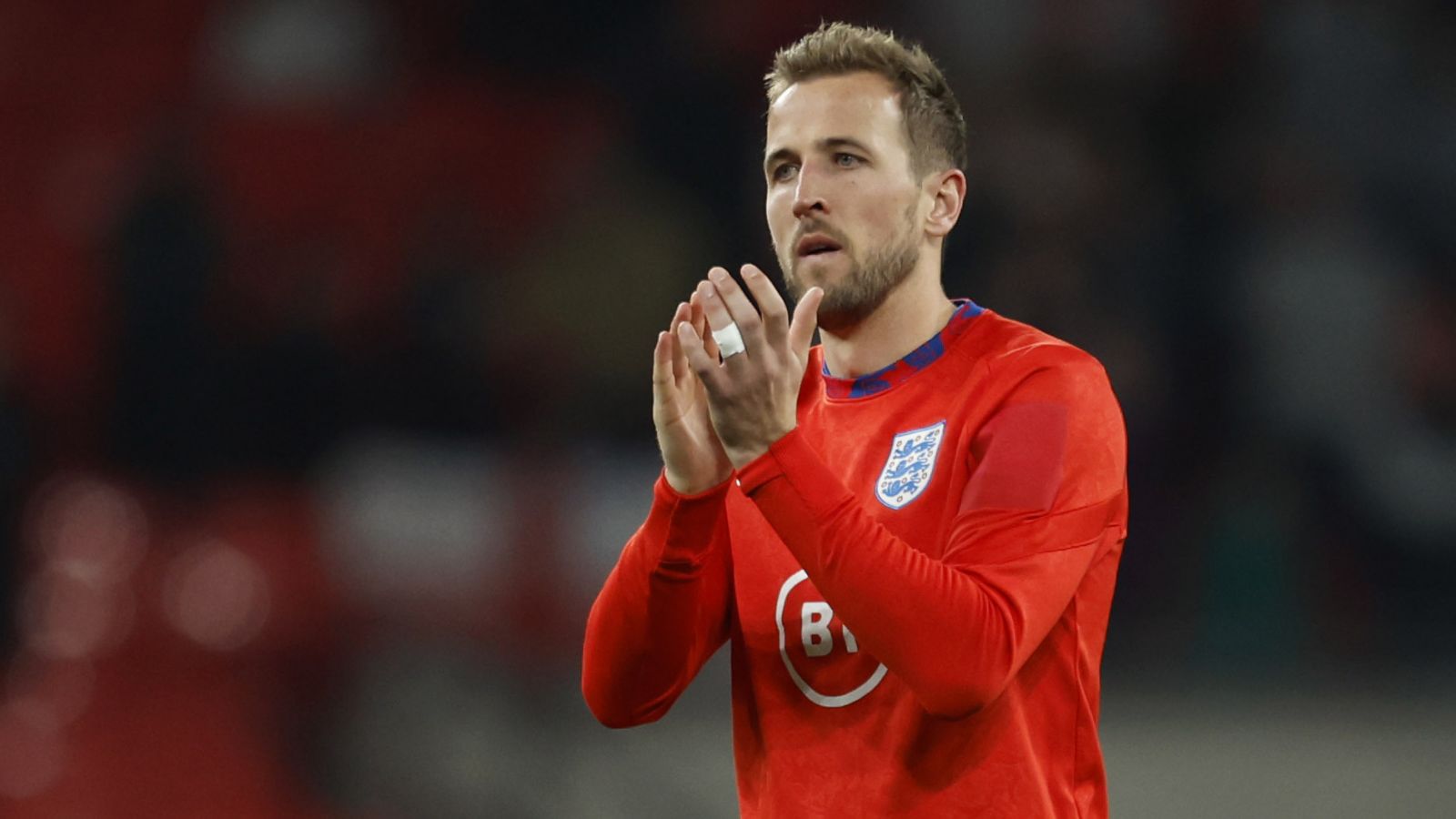 He’s got a million goals for Spurs, is about to break the England goalscoring record and is linked with Manchester United. But is Harry Kane still actually a bit under-rated? Or at least under-appreciated?

This isn’t shocking information or news. Yet it still feels like something that is greeted by a shrug of the shoulders before returning to watching clips of Will Smith twatting Chris Rock and debating whether or not it was staged.

It’s been said a hundred times before, but it remains the case that Kane is a deeply curious example of a modern elite footballer. He is both over-rated in some quarters – Luke Shaw described him as the best striker in the world, for instance – while still if not under-rated then certainly under-appreciated more widely.

When he was linked with Manchester City last summer a big chunk of the conversation was given over to whether they really needed him and whether the fans wanted him. Even given City’s undoubted quality, it was still oddly disrespectful.

Now Manchester United want him – perhaps in a dream team reunion with Mauricio Pochettino – and the same doubts and uncertainties remain. It was one thing with City, who were and are amazing without him; quite another for United, who are a bit crap.

Acknowledgement of Kane’s increasingly absurd list of goalscoring (and creating) achievements is generally grudging and nearly always caveated. What’s he won, though. He talks funny, though. He still plays for Spurs, though.

There’s no doubt that Kane can cut a slightly guileless figure. The singular narrow-focused way he talked about goalscoring in his early interviews, the way he was keen to take goals off team-mates, coloured perceptions. All he really did was say the quiet part loud; all strikers think that way but most – as Kane has now learned – just don’t speak like that. “The three points are the main thing at the end of the day” and so on.

But while he’s learned on that front, the sheer witlessness of his attempts to engineer an exit from Tottenham last summer showed that the naivety remains. Having his brother for an agent is another move that does not scream elite footballer.

He just doesn’t fit the model for what we expect an elite modern footballer to look like. He doesn’t have a slick brand. He doesn’t play for the right club. He doesn’t – and I think this is a massive part of it – have the right backstory.

Kane is neither the against-the-odds triumph of a player making his way to the top from the depths of non-league nor the other-worldly young prodigy destined and touted for the very top from the age of 12. He’s ‘just’ a striker who emerged largely unheralded from a big club academy and turned out to be much better than anybody expected.

Part of the reluctance to fully credit Kane definitely stems from people having made their minds up about him almost a decade ago. There are plenty of far more important real-world examples of that phenomenon around right now.

But that ‘one-season wonder’ stuff still lingers around Kane. Not the one-season bit – I think even his harshest critics would have to concede that point now – but the reason for that label coming along in the first place.

Even now he still just doesn’t quite look or feel like a world-class footballer, right up until the moment he does yet another world-class bit of football. His now far more widely acknowledged creative side, for instance, was always there. That passing ability was always part of his game, but it was only acknowledged once it became truly impossible to ignore.

Before that the greedy, diving, goal-hanging penalty merchant reputation blinded people to the reality of the player Kane was. To the extent that people now frequently bemoan his dropping too deep to get on the ball and look to create things for runners beyond him. “Kane needs to be getting on the end of those sorts of balls himself,” people say, seemingly oblivious to the fact Kane frequently also does that. Harry Kane has 49 England goals. We’ll keep saying it until it sinks in.

It’s undeniably true that as Kane has developed and honed his game over the years that creative side has improved, but it is not some new element to his game. Christian Eriksen’s departure from Spurs was perhaps the catalyst that created the necessary conditions, but Kane’s symbiotic relationship with Son Heung-min predated that and his similar rapport with peak Dele Alli was entirely conducted in the presence of Eriksen.

His club goalscoring feats, already ludicrous, are easier to dismiss than his England record. His lack of silverware is a more legitimate criticism there.

But if failing to win major trophies is going to count against England goalscorers then we’re going to be left with a short list of contenders.

By any measure, Kane’s record places him among the very best goalscorers England has ever produced. By the time he calls it a day he will be an undisputable number one, but you suspect that won’t stop people trying to denigrate him. He is probably already England’s greatest striker, at least statistically.

Barring something dramatic he’s obviously going to go way past Wayne Rooney’s current record of 53 goals, and his goals-per-minute record is stunning. Of those England players with 40 or more goals, only Jimmy Greaves at 117 comes close to Kane’s record of 109 minutes per goal. Of those with 30 or more, only Nat Lofthouse can beat it.

Accusations of stat-padding with goals against piss-poor opposition are at the same time true and irrelevant; this is international football, not league football. The identities may change, but there have always been rubbish teams and good teams, and good teams have always played a disproportionate number of their games against the rubbish ones compared to club football.

Kane has scored a lot of his international goals against ropey opponents, but that’s just how international football works. Look through the list of Rooney’s England goals and you’d struggle to make a case that more than a third came against decent opposition. Gary Lineker scored two hat-tricks against a 1980s  Turkey side that bears no relation to their current standing and five goals in the summer of 1991 against New Zealand and Malaysia. That’s not a criticism, it’s just the reality. It should be no surprise that good strikers score more against crap teams than they do against good ones, and international football presents lots of those opportunities. It always has.

If anything, the emergence of the Nations League lessens the impact of this in Kane’s case, pitting him against better opponents more often in ‘qualifying’ matches.

And he’s still scored as many goals at major tournaments as any other England player ever. For all the complaints – not invalid – about his performances in the biggest games, he has still scored in the last 16, quarter-finals and semi-finals in tournament conditions.

He is also among the very best penalty-takers in world football. For some reason, given their general importance and England’s chequered history, this is also used as a criticism.

Maybe a move to Manchester United will shift the narrative in Kane’s favour. For all their current travails they are in the public conscience a club more fitting of a world-class talent. More likely they will only polarise things further as Kane becomes the first massive fraud to be both England’s and the Premier League’s leading goalscorer.