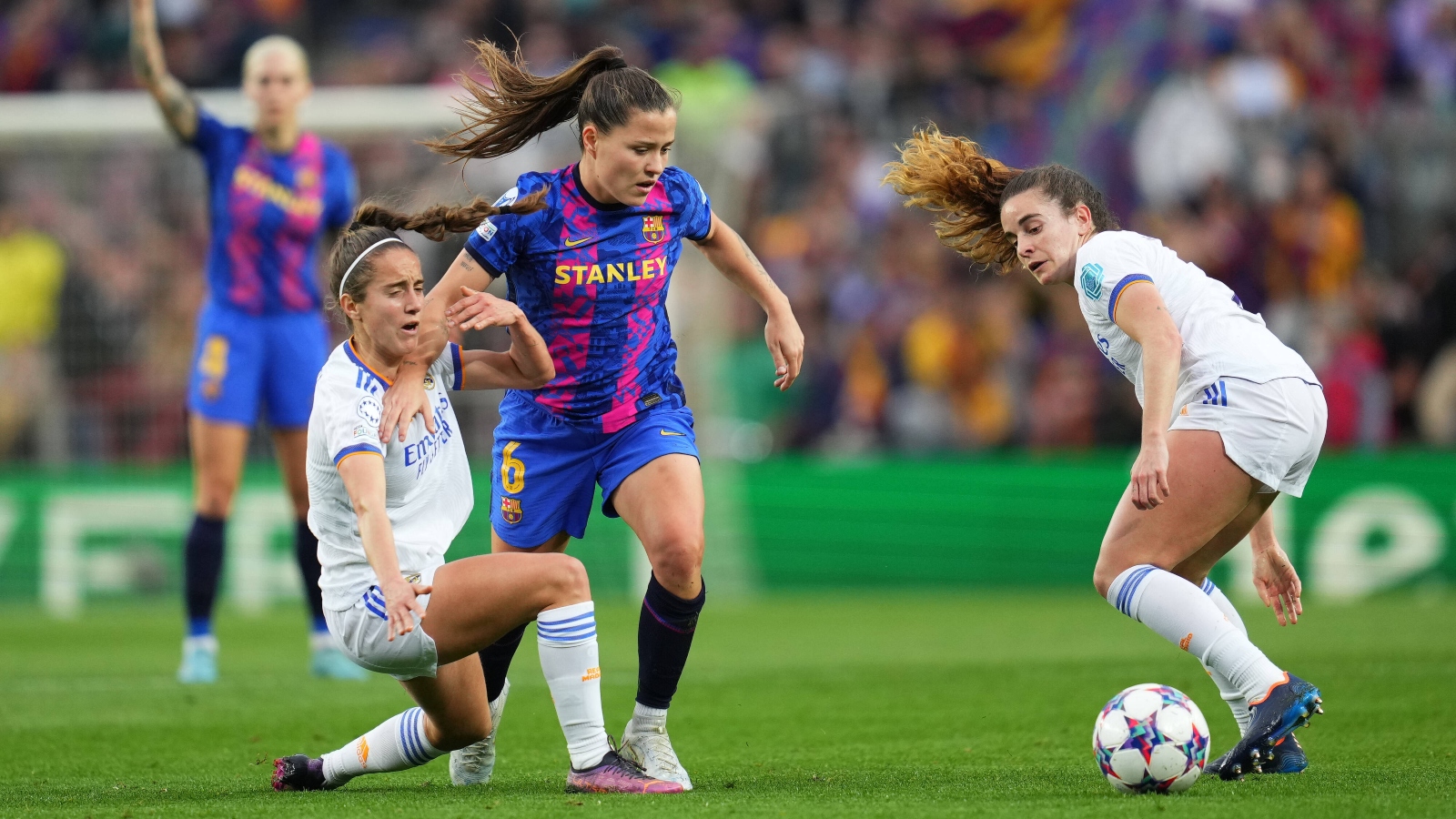 Barcelona smashed the attendance record for women’s football after a crowd of 91,553 watched them beat Real Madrid in the Champions League.

Leading 3-1 from the first leg and roared on by a partisan Nou Camp, the reigning champions won 5-2 on the night and 8-3 on aggregate to set up a last-four meeting with either Arsenal or Wolfsburg.

Why do fans treat England games like a reality show?

Real briefly threatened to spoil the party after Olga Carmona’s penalty and a fine strike from Claudia Zornoza put them 2-1 ahead on the night following Mapi Leon’s early opener.

But Barcelona were not to be denied the El Clasico bragging rights on a historic evening.

They will discover their semi-final opponents on Thursday when 2007 winners Arsenal travel to Volkswagen Arena to take on Wolfsburg with the tie level at 1-1 following last week’s first leg.

The Gunners are all square with Wolfsburg after last week’s first leg ended 1-1 at the Emirates Stadium and Little will lead Eidevall’s side in the return leg at the Volkswagon Arena on Thursday.

Eidevall said: “She is phenomenal. The standards she puts on herself every day, it’s phenomenal to see and training yesterday was no exception and I don’t think the game tomorrow will be an exception.”

“She shows it week in, week out. She’s the best example that I have come across of a player who leads by example.”