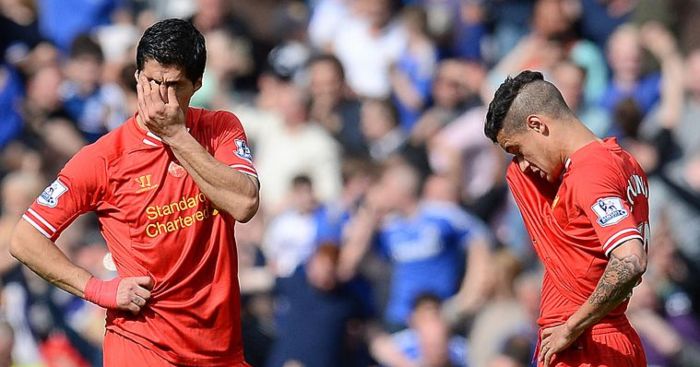 Liverpool doubled or tripled their money on their four last record sales. Chelsea are one of few Premier League challengers in that regard.

Nice to see Arsenal only making decent wedge from selling to undeniably bigger clubs. Although that record figure really does seem awfully low.

Jack Grealish will more than double that if and when he finally goes. It is not yet known how exactly Weatherfield reinvested the David Platt money.

Brighton are such a huge club now that securing a club-record sale has barely registered outside the south coast. It has even knocked Mark Lawrenson (£900,000, to Liverpool in July 1981) off this list.

That is quite the jump. It could go even further if Dwight McNeil gets the reported move he so deserves.

What player sale hurt you the most? #cfc pic.twitter.com/hyQ1wi9paj

Going by recent trends, it’ll be Jordan Ayew for £70m to Everton in June 2022. And it’d still be a bargain.

Manchester clubs should probably stop shopping at Everton. It is usually the other way round, after all.

There’s a solid five-a-side team in there, if a little too attacking. The European champion can go in net.

Leicester really have made this lark of buying low, selling high and once every year while being upwardly mobile look quite simple.

Liverpool more than doubled their money on Torres, almost tripled it on both Alonso and Suarez, made a fortune on academy product Fowler and did some silly maths with Coutinho. They, too, are quite good at this.

As misunderstood as he is, Nicolas Anelka clings on desperately to another dying vestige of relevance.

It is genuinely intriguing to wonder who will break this Manchester United record and finally dislodge Sparky. That list of buying clubs is awfully sexy in any event.

Andy Cole – £6m, plus a Keith Gillespie (to Manchester United in January 1995)

Reckon Chris Wilder would at least quintuple that in compensation fees if he ever leaves.

Four of the players there were defenders at the time of sale. That’s a thing.

Those last two entries reek of Daniel Levy. And England’s greatest fan hangs on in there.

It turns out they were smoking whatever West Brom had grown a decade before at the Emirates.

They want you to know they didn’t reject twice as much for Declan Rice.

Where Wolves go from here is unknown, but they could shatter that record with about ten different players whenever they like.

Just handed in a transfer request just to let the fans know where I am at right now…. #headsgone