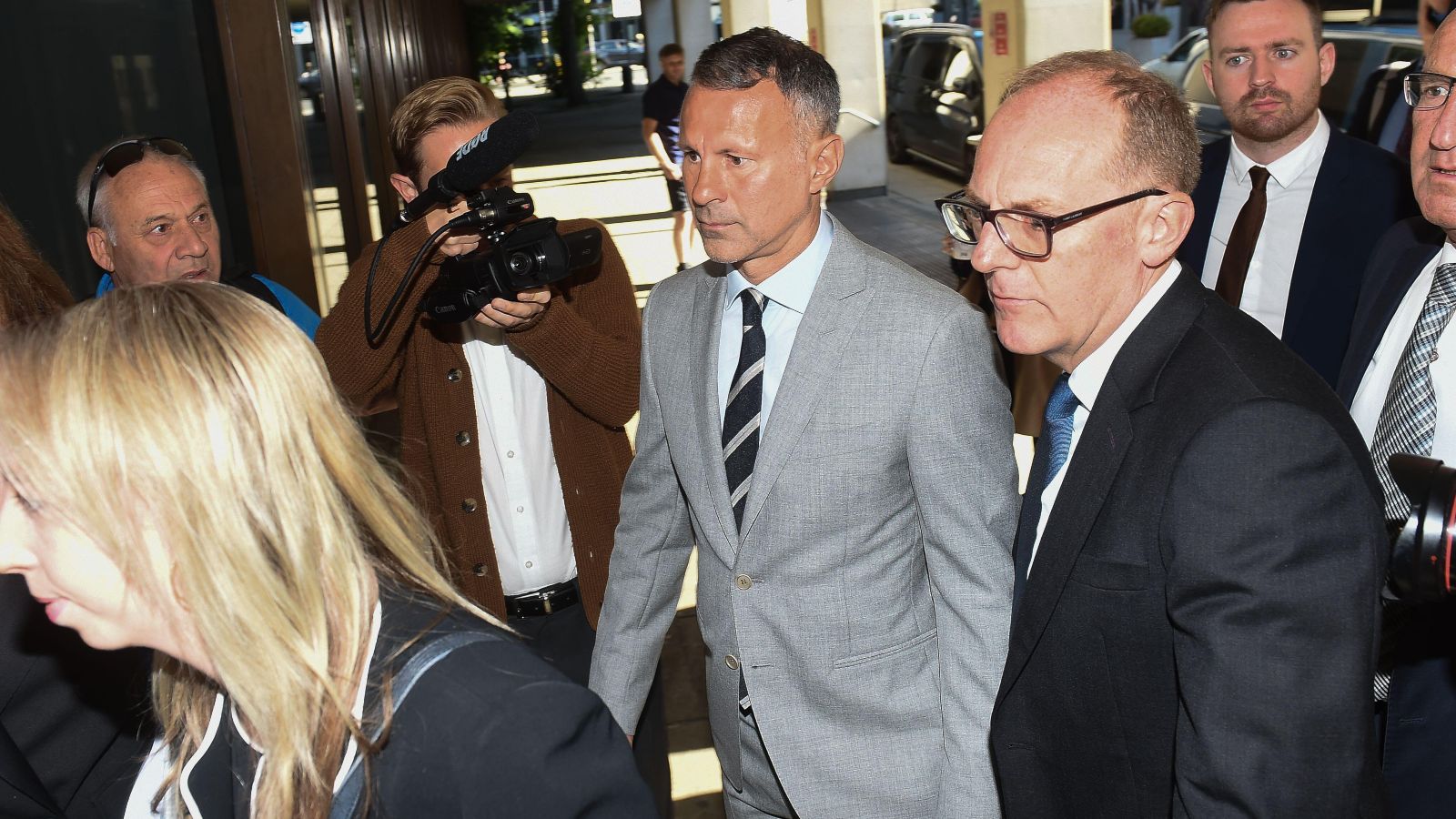 A woman who claims ex-Manchester United footballer Ryan Giggs controlled her in their relationship thought he was her “soul mate” but saw early “red flags”, a court has heard.

PR executive Kate Greville, 36, told detectives it was “almost like was he was two people” during their relationship.

Ms Greville was interviewed by police weeks after she alleged he headbutted her in November 2020.

Both were married when their affair started, she said, and she was unhappy in a controlling relationship with her husband.

She said: “He would tell me about his marriage and he was not happy, I would talk about mine. Things developed from there and we started to have an affair. I left my husband two months later.

“He was like a best friend, a soul mate, he was the one to save me from that marriage. It was more than a sexual thing.

“It was like he was my best friend but there were definite red flags.”

He said Giggs told her he needed more time to end his marriage with wife Stacey.

Eventually she gave him an ultimatum but nothing changed and she decided to move to Abu Dhabi to “get away from him”.

The prosecution at Manchester Crown Court say Giggs was idolised for his skills on the pitch but behind his public persona had an “uglier and more sinister side”.

Jurors were told the 48-year-old’s private life involved a “litany of abuse, both physical and psychological, of a woman he professed to love”.

He has also pleaded not guilty to assaulting the 36-year-old, causing her actual bodily harm, and of the common assault of her younger sister, Emma Greville, at his home in Worsley, Greater Manchester, on November 1 2020.

He is alleged to have “lost control” and headbutted Ms Greville after she decided to leave him.

Giggs is then said to have deliberately elbowed Emma Greville in the jaw as she attempted to pull the former Wales boss off her sister as they grappled on the floor.

He stood down in June as manager of the Wales national team following a period of leave since November 2020.

He won 64 caps for Wales and is co-owner of League Two side Salford City.

Ms Greville told police she met Giggs at the beginning of 2013 when her employers worked on a project launch with the footballer’s GG Hospitality firm.

She went on to notice he showed a “definite interest” in her and showed her attention which was “subtle things to begin with”.

She said: “We did one interview with the media and he was literally staring at me across a table. It was not a comfortable stare. I was unnerved by it a little bit but it was also quite flattering at the time.”

Giggs went on to repeatedly email her photographs of wherever he was, she said.

When her mother asked her to get a signed shirt from Giggs, she said: “I knew that would be the start of something, I just could tell.”

Ms Greville recalled she had an argument with her husband around the time and was “feeling very shit” when she met Giggs in a hotel to hand over the shirt.

During their affair, she said Giggs kept promising he would leave his wife after she had ended her own marriage but it did not happen.

At one point she stopped speaking to him and ignored his messages and calls, she said.

Ms Greville told police that Giggs turned up at her apartment but she ignored him again and he shouted “you are a whore. Have you got somebody in there?”

He went on to threaten her that he would tell her boss about their secret affair, she said.

As their relationship went on, she said he would tell her he had left Stacey and had moved in with his mother.

She said: “Then I found out he had not. That went on for about nine months and then I decided he is not going to split up with Stacey, that is not happening. I went to live in Abu Dhabi to get away with him.”

Day one of Ryan Giggs’ trial, the 13-time Premier League winner was accused of a “litany of abuse, both physical & psychological, of a woman he professed to love”.

The defence argued “there’s a line Giggs would not cross” & “the allegations are simply not true”.

Rumours began at her workplace about the pair but she lied about it because she was “ashamed I was seeing a married man”.

Giggs would message her saying the marriage was over but again she discovered it was not, she said.

Ms Greville said: “It was just complete mind games. That went on for ages.”

The affair became public in May 2016, the court heard, which she said was “horrendous” as she was “hounded by the paps”.

It continued to be an on-off relationship despite her blocking him at times on her phone and emails, the court heard, as she said: “It was literally like I was addicted to him. I couldn’t get him out of my head.”

Giggs flew out to Dubai and said to her “let’s start a family, you are the only person I want to be with”, she said.

Ms Greville went on: “Then he went back home and I found out he was dating another girl. I was absolutely devastated.”

He denied it and said the woman had a boyfriend as she “gave him another chance” as he urged her to move back to Manchester with him and have a baby.

She said: “It was like he was almost two people. It was like ‘is he a good person? is he a bad person?’

“I started to get horrendous anxiety.”

She told how she confronted him after he was “clearly” messaging a girl on his phone while were they were in a nightclub.

Ms Greville said he “flipped” as he squared up to her face and said “that’s my daughter, it’s over, we are done”.

She said Giggs “flipped” again in a hotel room when he grabbed her by the wrists “hard”.

She said he “literally dragged” her naked body across the floor before he threw her belongings into the corridor.

Ms Greville said she was “left humiliated and embarrassed” as she found herself with no clothes on in the middle of the corridor.

When she got back into bed he did not speak to her, she said.

She said: “That was the first time he was aggressive to me.”