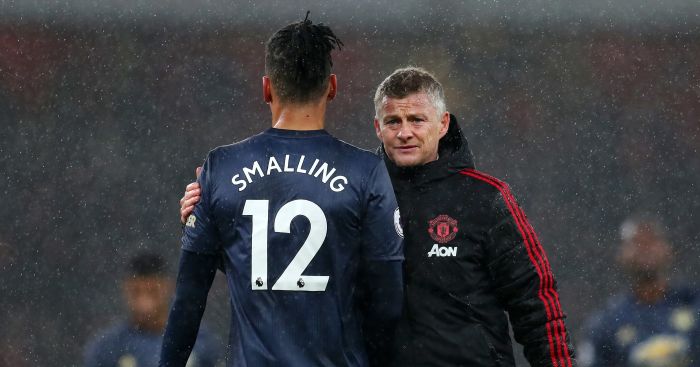 Jamie Redknapp has criticised Manchester United’s decision to allow Chris Smalling to return to Roma, claiming “he’s better than what they’ve got”.

United signed Edinson Cavani, Alex Telles and Facundo Pellistri on a busy deadline day, while also securing a move for Amad Traore, who will join in January.

But one key area of weakness – highlighted by their embarrassing 6-1 defeat to Tottenham – remains the centre-back position.

Which is why Redknapp is confused by the club’s decision to allow Smalling to leave for Roma on a permanent basis.

Redknapp told Sky Sports: “If you looked at Manchester United on Sunday, you could be getting a player in for every position.

“Not one of those players did anything or showed anything that they want to be a Manchester United player.

“The players he has have got to do so much better.

“The interesting thing for me, they’re letting Chris Smalling go to Roma.

“I’ve watched Bailly and Lindelof, he’s gone to Italy and been successful there – I’m thinking he’s better than what they’ve got.”