Home All The News Redknapp: Dele Alli is better than Paul Pogba 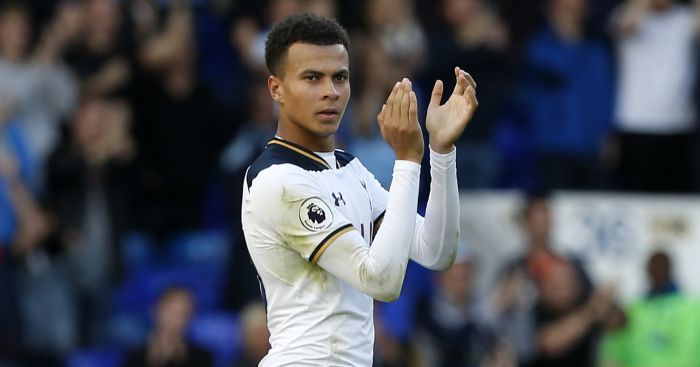 Pogba joined United for a world-record fee of £89.3million in the summer, but continues to struggle at Old Trafford in his debut season since returning.

The Frenchman has scored just one goal so far, and was particularly unimpressive in the recent 0-0 draw with Liverpool. We even collated some ridiculous statistics for you on his performance.

“At the moment he’s settling in,” he said. “He’s obviously a real talent and it was an awful lot of money to pay for him in the first place. That’s not his fault.

Former Sunderland player Micky Gray then added further praise of the Tottenham midfielder, stating that he prefers him to Pogba.

“Harry mentioned it before, but he can’t do anything about the price on his head,” he said of the United star. “That’s between the football clubs.

“But if I had a choice now, I’d change him with Dele Alli tomorrow. I think Dele Alli has just got everything about him at the minute. You’re talking box-to-box, scores goals, looks a huge threat every time he gets into the 18-yard box. That’s not what I’m seeing with Pogba. I’d take him all day before him.”

Redknapp then replied: “I’ve said that from day one. I couldn’t agree with you more. When they signed him I said that he’s a good player, he’s a top player, but I think Dele Alli is a better player. I think he’s fantastic.

“He’s come from MK Dons. What a signing he was.”