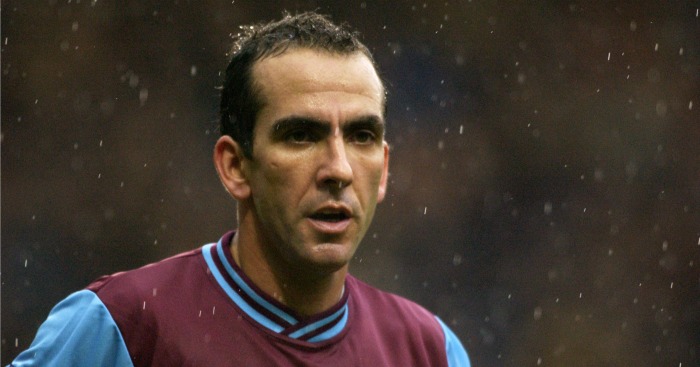 Harry Redknapp has revealed how West Ham almost missed out on signing Paolo Di Canio – because their chairman didn’t want him.

Di Canio enjoyed perhaps the finest spell of his career after joining the Hammers in 1999, as he scored 51 goals in 141 games.

He left as a club legend in 2003, but Redknapp, who signed him at the time, says the club almost turned the Italian down because chairman Terry Brown didn’t want him.

“The chairman was very against me bringing Paolo in at the time,” he told Sky Sports. “He’d had his problems and you could understand why but I felt he was a fantastic footballer.

“I loved watching him at Celtic and Sheffield Wednesday.

“And I loved working with him, he was a pleasure to have around.

“He was a fantastic footballer. Every day was a challenge with him, it was great.

“He was a special player. He could win a game on his own with a piece of magic.”