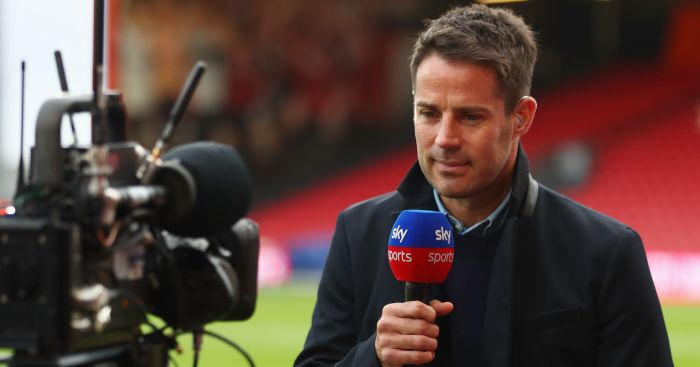 Jamie Redknapp claims Mikel Arteta must “throw money” at improving Arsenal’s defence, as well as solving three other problems at the Emirates.

The Spaniard has improved the Arsenal defence recently, but they are still capable of a mistakes at any moment.

“I look at that Arsenal back line, they will make mistakes,” Redknapp told Sky Sports following Arsenal’s 1-0 defeat to Aston Villa. “They need to throw money at the problem.”

£27million signing William Saliba is set to join up with the team this summer, but Redknapp claims they need to strengthen further.

And the pundit believes Arteta has a number of other issues to solve, with players already at the club.

Redknapp added: “They are way off the top four. One issue he has to deal with is Mesut Ozil, he’ll be off this summer I’m sure.

“He is on an awful lot of money, if you feel the player isn’t right then you have to bite the bullet and let them go.”

The German has reportedly rejected a move to Fenerbahce, and would rather let his contract run down.

Redknapp continued: “Auba you need to get him a new contract, don’t want to get in another situation [like Ozil]. Players like him are hard to find.

“He wants to play with better players, he will want to know who is coming in. Yeah he gets on with his mates [Alexandre] Lacazette and he speaks highly of [Bukayo] Saka, he is ambitious and he wants to look at the players coming in.

“He is coming to the twilight of his career, he’ll be saying right I want to win something.”

Both Aubameyang and Ozil are out of contract at the end of next season, but continue to be linked with the exit door this summer.

Arsenal could also lose on-loan midfielder Dani Ceballos, who is set to return to Real Madrid next month.

“Another problem they have got is (Dani) Ceballos, I really like him, will they get him back?” Redknapp added. “Credit Arteta, when he first came he looked silky. If you lose him and Auba then you have problems.”

A plane flew over Villa Park with a banner reading: ‘Back Arteta, [club owner Stan] Kroenke Out.’

Redknapp said: “The board have to act, I’m not surprised with that plane, you have to back this manager.

“If you believe this is the right man, you have to back him.

“Arsenal is a huge club, players want to be in London, playing for clubs like this but they have to see they are ambitious, they want to win things because right now they are behind the top four.”