Home All The News Redknapp: Give Liverpool the Premier League title now 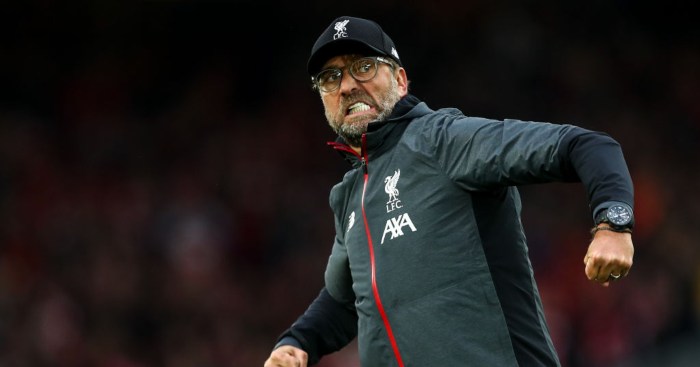 Harry Redknapp thinks Liverpool should be awarded the Premier League title already after their rampant start to the new campaign.

The Reds find themselves eight points ahead of nearest challengers and defending champions Manchester City after winning all eight of their opening fixtures.

Jurgen Klopp’s men look to be in unstoppable form at the moment and head to Old Trafford on Sunday to face arch-rivals Manchester United, who have made a slow start to the season.

“I can see them [Liverpool] winning the league this year,” Redknapp told the Daily Mail.

“Give them the title and give it to them now. I’ve had a big bet and I think the bookmakers should pay me out!

“If I had one club I’d love to have managed it would have been Liverpool. I loved them.”

Tottenham have struggled to find their feet this season with injury problems and rumours of discontent in the squad – but Redknapp has tipped them to come good.

“At the start of the year I really thought Spurs would push Man City and Liverpool a lot, lot closer,” Redknapp added.

“Tottenham have got a great team, with Harry Kane, Dele Alli, Son Heung-Min – I thought this could be their year.  But it’s been a disappointing start for them for sure and they need to turn it around quickly, but I still think they’ll finish third.

“They’ve got a great group of players. It’s some squad, if you go through it, I don’t care what anybody says I don’t think there’s a lot between that squad and Liverpool’s and Man City’s squad, I really don’t.”