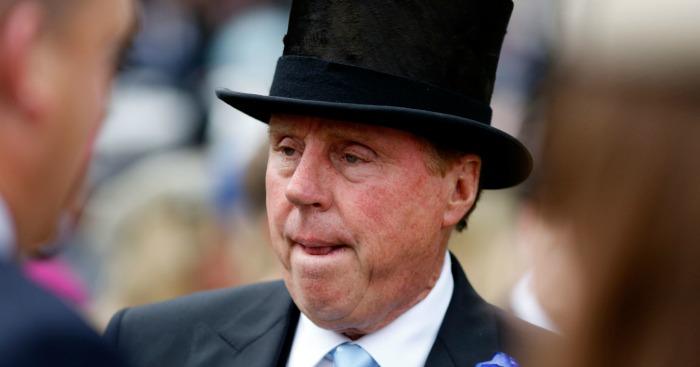 Harry Redknapp believes the Premier League title race and battle against relegation could both go down to the final day.

Leicester extended their lead at the summit to seven points with a 1-0 win over Southampton on Sunday, but Redknapp believes both Tottenham and Arsenal are still in with a chance of overhauling Claudio Ranieri’s side.

‘Judging by the scenes at full time in Leicester it is clear that some of their supporters think they have already won the league,’ Redknapp said in his Daily Telegraph column. ‘They reckon that with a seven-point lead they cannot be caught, and that the Premier League can start putting blue and white ribbons on the trophy.

‘Well I am afraid it is not that simple – this title race is not over, not by a long chalk.

‘At the moment, Leicester are doing just enough to win. Each of their last four games has ended 1-0, but grinding out a result week after week is so hard to do.

‘They have also got a really tough run of games coming up, and I would not be at all surprised if their lead is cut to just four points by this time next week.

‘On paper their trip to the Stadium of Light looks simple enough, but at this stage of the season I cannot think of many tougher teams to play than a Sunderland side fighting for their lives. They are absolutely desperate for points and Sam Allardyce will have them well prepared.

‘Sunderland seem to have been written off, too, and I really do not know why.

‘The title race may well come down to the final day and I think the relegation fight definitely will. I would not like to call which two of Newcastle, Norwich and Sunderland will join Aston Villa in the Championship, I really would not.

‘The stakes are huge for both teams. Leicester will be doing really well to win that game, and I would not be shocked if they come unstuck. If they do and their lead is down to four points then the heat really will be on. Claudio Ranieri will be telling his players that it is all to play for, too.

‘He will know that Spurs and Arsenal will be looking to strike at any sign of weakness, and I think both north London clubs are still in the hunt. Arsenal are a long way back, but there is no reason they cannot win every single one of their games to put the heat on.

‘Tottenham are still most likely to challenge, though, and they looked good in their draw against Liverpool. They can go on a run, that’s for sure.’