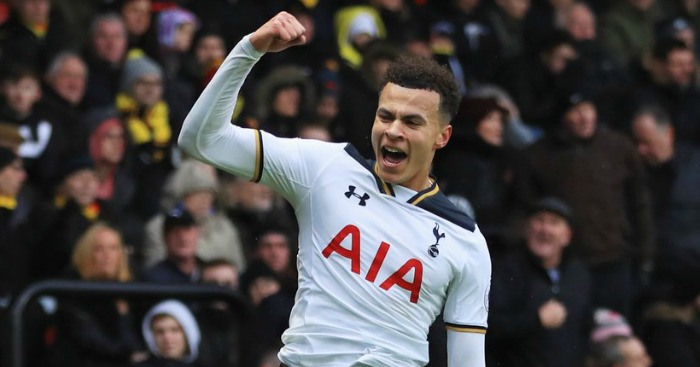 Harry Redknapp believes that Tottenham midfielder Dele Alli is worth a world-record fee.

Tottenham signed Alli for £5m from League One MK Dons in January 2015, and he has become a crucial part of the first team since making his debut the following August.

He has scored 11 goals and provided three assists so far this season, helping Tottenham maintain their push for Champions League qualification.

Redknapp, who stated that the 20-year-old is better than the world’s most expensive player, Paul Pogba, in both July and October, has reiterated the point for a third time.

“Can you tell me how all those scouts failed to spot him when he was playing for MK Dons every week? How did they end up waiting until Tottenham came in for him?” Redknapp asked. He was manager of QPR when Alli left MK Dons.

“It’s incredible that no-one took him. What a player, what a signing — what a steal at £5m.

“I think he’s worth £100m now – if Pogba’s worth £90m, Alli is worth more,” he added, discussing Manchester United’s statistical success.

On Alli, Redknapp continued: “He’s just 20 years of age, for heaven’s sake, and the kid’s got everything. He scores goals, makes goals, he can dribble, head it, he’s got an edge to him and puts his foot in… I think he’s fantastic.

“Didn’t he play for MK Dons against Manchester United when they beat them 4-0 in the League Cup? United should have signed him there and then. At least they would have gone home disappointed with the result but they would have had a future star for the club with them on the bus.”