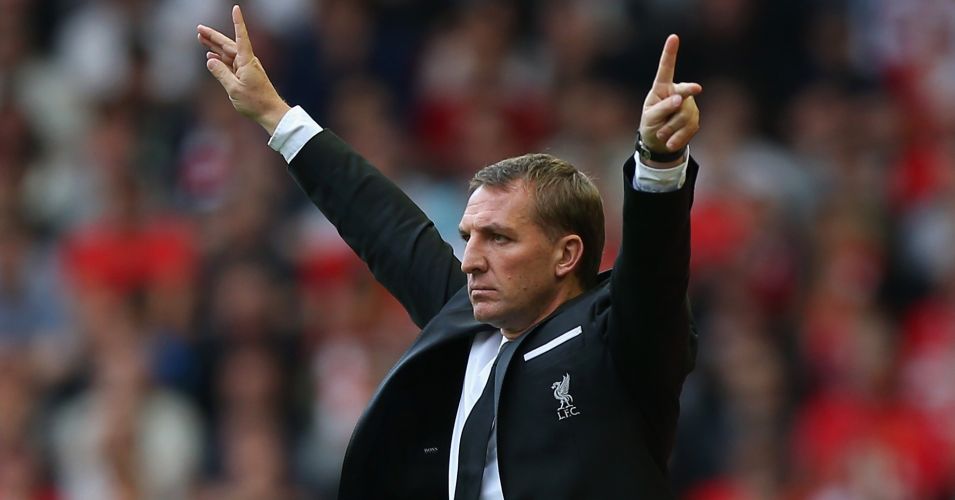 Harry Redknapp has defended Brendan Rodgers, saying that the Northern Irishman “suddenly lost the backbone” of his Liverpool team.

The Reds have made an inauspicious start to the season, with victory over Aston Villa at the weekend marking their first win since beating Bournemouth in mid-August.

Redknapp had criticised Liverpool and Rodgers at the beginning of September after unconvincing wins over Stoke and the Cherries before a draw with Arsenal, but the former Tottenham boss used his column with the Daily Telegraph to clarify his comments, backing Rodgers as a result.

“It seemed to make a few ripples earlier in the month when, even after they had made a decent start to the season, I said that this was the worst Liverpool team for a few years,” Redknapp wrote.

“Nothing has happened since to make me alter that assessment but what I would also stress is that, in no way, was that meant as a pop at Brendan Rodgers,” added Redknapp, who branded Liverpool as “bang average” and “will do well to finish in the top five” earlier in the month.

“The points I made about Liverpool came in response to someone saying that they had a good chance of challenging for the Premier League title this season. I replied that it was the worst Liverpool team for years but that was because the side he had in 2013-14 was one I felt could go on and win the league.

“They almost won it that year and could have won it last season as well if they kept the team together but Brendan has lost probably his four best players. He had a great team two years ago. That front three of Raheem Sterling, Luis Suarez and Daniel Sturridge were fantastic to watch and could absolutely destroy opponents.

“Then, through no fault of Brendan’s, Suarez left, Sterling left and Sturridge has been injured. Steven Gerrard also left. Jamie Carragher retired in 2013. Brendan has suddenly lost the backbone of his team and they are not the sort of players you can replace.

“Suarez, for me, is one of the best four players in the world with Cristiano Ronaldo, Lionel Messi and Gareth Bale. How do you replace Gerrard and Carragher? Liverpudlians, who were the heartbeat of the club. When you lose your best four players, no matter who you are, there is a big problem.

“I was at White Hart Lane on Saturday to see Tottenham beat Manchester City 4-1,” Redknapp added. “Tottenham were fantastic but City, without four of their best players – Joe Hart, Vincent Kompany, David Silva and Pablo Zabaleta – were nowhere near the team that they have been.

“Every team has that few stand-out players, that extra bit of class, who make all the difference.

“Take Messi, Suarez and Neymar out of Barcelona and they would not be the same. Well Liverpool lost their Suarez, Neymar and Messi. That was the problem, not Brendan.

“I still think Brendan is an outstanding young manager and Liverpool should definitely let him work through this. You saw Sturridge back on Saturday and you saw a different team again but it is hard. He is not solely responsible now for recruitment at his club and I don’t think any manager is anymore.”