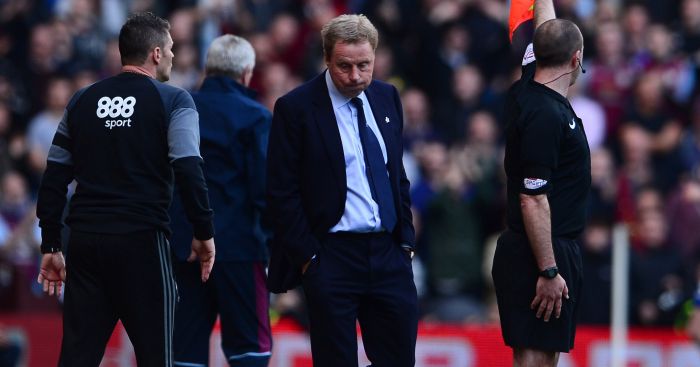 Harry Redknapp thinks his Birmingham side have “every chance” of beating Huddersfield in their next match if they play as well as they did in their 1-0 loss to Aston Villa on Sunday.

Gabby Agbonlahor swivelled in the six-yard box to score in the 68th-minute to give Villa the three points and stick Birmingham in further relegation danger.

Redknapp – who was appointed last week – now has two matches to save the club from relegation to League One with a two-point advantage on Blackburn who occupy the final relegation spot.

However, Redknapp was not impressed with Steve Bruce’s side and was pleased with Birmingham’s application.

“They’ve not had a shot in the second half – apart from the goal. It’s the only one they’ve had,” said Redknapp.

“You can’t say Villa were good. If that’s the best they can do, Steve’s clearly got a lot of work to do.

“They (Birmingham under Gianfranco Zola) had won two out of 24. When you look at that record, it scares you to death. Confidence has been low but the lads showed good attitude and responded well.

“We could not have worked any harder. We just didn’t get the break. It won’t be easy against Huddersfield, but we’ve got every chance if we keep playing like that.”