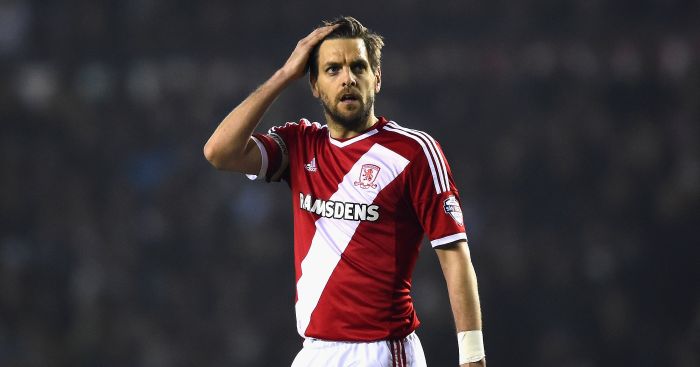 Liverpool have appointed former England international Jonathan Woodgate as a scout, according to reports.

The Daily Star claim that the Reds have moved to snap up the ex-Newcastle and Tottenham centre-back, who was released as a player by Middlesbrough in May.

Woodgate’s knowledge of the Spanish league – where he briefly played for Real Madrid – particularly attracted the Merseyside club and they want him to focus his energy on looking at potential recruits in Portugal and Spain.

The 36-year-old could be tasked with finding a suitable left-back to provide competition to Alberto Moreno after Liverpool legend John Aldridge voiced his concern over the Spaniard being first choice.

He told the Liverpool Echo: “Left back is an issue, and my big worry is that it could cost us as the season progresses.

“Alberto Moreno is a young lad, but he should not be our first choice there. He should be an understudy to a proper, top-class left back.

“James Milner can do a job there, but Liverpool should not be in the position of asking a midfielder to fill in going into a new season.”