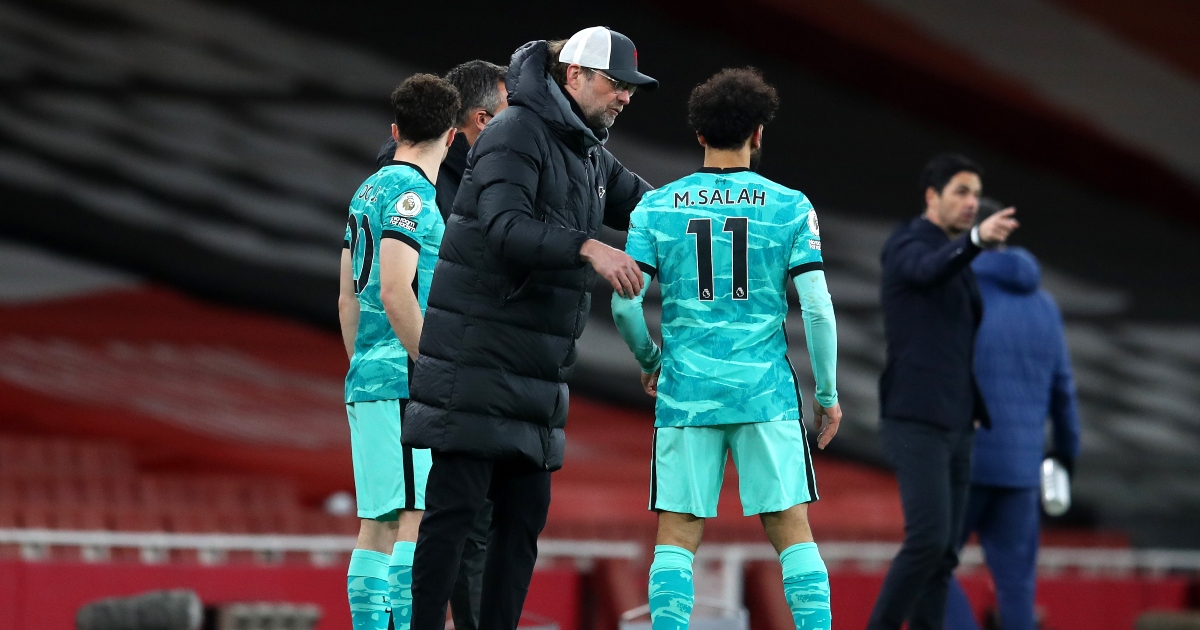 Liverpool manager Jurgen Klopp has indicated that the club are working towards offering Mohamed Salah a new deal at Anfield.

The winger joined from AS Roma in 2017 and his last Reds contract extension came a year later, with his current deal set to expire in 2023.

He has been outstanding since joining the Premier League outfit, scoring 126 goals in 204 games in all competitions so far.

Salah is one of Liverpool‘s highest earners, but it is rumoured that they will need to offer him the biggest contract in their history if he is to stay at the club.

Klopp said: “I am involved in pretty much everything in the club.

“Maybe some talks happen without me, that’s possible, but apart from that I know about all the things and that’s how it always is – we don’t really speak about these kinds of things.

“I know we changed that a little bit with Hendo (Jordan Henderson) but that doesn’t mean we will talk from now on and tell you about each little step we make in any negotiations.

“How he behaves from the first day he came back has been absolutely great.

“So we’re all adults, we’re all professionals. There are talks and there are more talks and when there is a final decision, we will tell you. Until then, it is only important how the parties work together in these things.

“With two years left you can imagine there are talks and that is it,” Klopp added. “He is hungry for goals – there is no doubt about that.”

Furthermore, pundit Trevor Sinclair says the Reds should reward the Egyptian with a ‘top dollar’ contract.

Speaking about Salah, former England international Sinclair said: “He is a great player and a great goalscorer and unless Liverpool want to risk losing him, they’ve got to give him top dollar.

“Because I feel he deserves it. I think he’s their best player, I really do. We’re talking about Liverpool, so the top earner at Liverpool would be van Dijk, he’s got to be superseding that.