Home All The News Reds set for record summer; Klopp targets one more 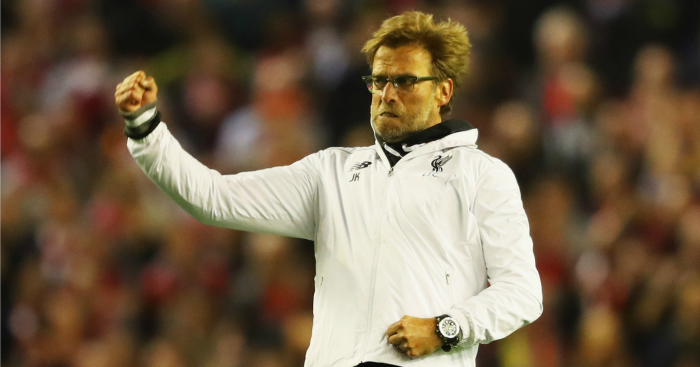 Jurgen Klopp is targeting one more signing at Liverpool, with the club on the verge of a record summer in terms of player sales.

With Joe Allen’s £13m move to Stoke confirmed late on Monday, the Reds have now recouped £41m in sales – second behind only Southampton in terms of Premier League clubs this summer.

Brad Smith’s move to Bournemouth is expected to be completed soon, with the £6m fee pushing that figure closer to £50m.

The most successful window in terms of sales at Anfield was 2014, in which the club sold £83m worth of talent – although that figure is distorted somewhat by Luis Suarez’s move to Barcelona.

The current figure of around £50m is expected to rise dramatically, with Crystal Palace maintaining an interest in Christian Benteke. The south London club are willing to pay £30m for the striker’s services, but the Belgian has so far indicated that he wishes to stay at Anfield.

The Daily Mail add that with Lazar Markovic, Luis Alberto, Andre Wisdom and Mario Balotelli all on the transfer list, the Reds could earn at least £100m in sales this summer.

Dominic King writes that ‘Jurgen Klopp wants to make one more addition’. The German has identified a left-back as a problem area, but has failed in an approach for Leicester youngster Ben Chilwell.

‘Chilwell had been on Liverpool’s radar since before Christmas,’ writes King, but the 19-year-old wishes to remain with the Premier League champions. The Reds will now seek an alternative target.