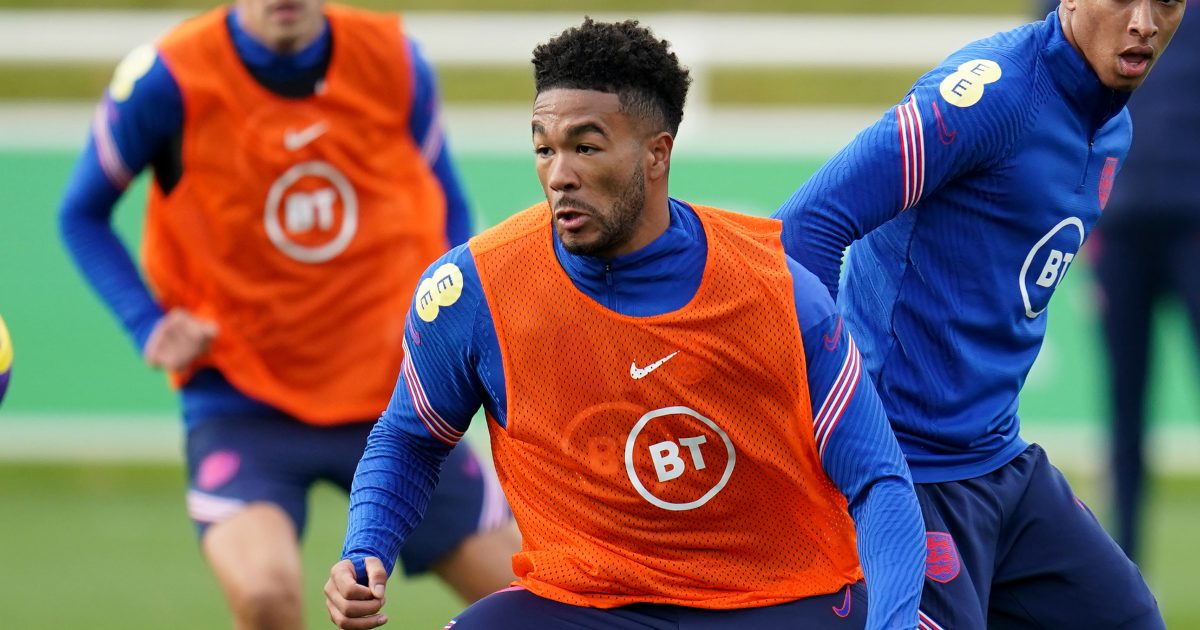 Chelsea defender Reece James has admitted that it is “not easy” to put club rivalries to one side when you play internationally for England.

England’s World Cup qualifying campaign draws to a close during this international break as they face Albania and San Marino.

The Three Lions are three points clear at the top of Group I and they are not expected to have any trouble securing their spot at next year’s tournament.

“You know in football anything can happen – we’ve seen that a number of times,” full-back James said ahead of facing the sides ranked 63rd and 210th in the world.

“We can’t look too far ahead. We’ve got two games that we need to win to qualify and, yeah, that’s our first aim.”

While qualification is not quite secure, Qatar 2022 is a tantalising prospect for a player in the form of his life.

Only Mohamed Salah, Michail Antonio and Jamie Vardy have been directly involved in more Premier League goals than James, whose performance have helped Chelsea go top of the Premier League.

“I’d probably say at this moment in time this is probably the best I’ve performed,” the 21-year-old said. “The recent results and performances have probably showed that as well.

“At this moment in time our team’s performing well and we’re creating a lot of chances so it’s obviously helping and we’ve got great players around us.

“When you’re playing week in, week out and you’re playing well and the team’s performance, you’re keeping clean sheets and winning games in style, it obviously helps builds everyone’s confidence.”

“I think each one of us have a different style of play,” the defender said.

“Trent’s obviously been at the top for quite a few years now and obviously Kyle Walker as well.

“The competition’s very tough and there’s obviously other full-backs that are not here as well that are also at a very good level.

“I’m competing with obviously very good players, so it’s quite tough and we just have to keep pushing each other.”

Alexander-Arnold, Walker and James are not only fighting for the England right-back berth but battling it out in the Premier League for three title-chasing teams.

“Of course when you come away you kind of have to put club rivalry aside,” James said.

“When we’re here, we’re one team and our aim is to win. No matter who we’re playing against, so we kind of have to put it aside and focus on our task here.”

Asked if that is easy to do, the Chelsea full-back added: “No, it’s not easy. We play most of our football for our clubs and we want to win wherever we are.”

That focus has helped foster a club culture at international level, with Southgate largely keeping with the squad that reached the Euro 2020 final.

Emile Smith Rowe is the only new senior call-up, with the Arsenal talent brought in on Monday to deal with a number of absentees.

“I’ve always known he’s a top player,” James said. “He came to Chelsea when he was quite young, actually.

“I remember playing with him and playing against him, even when he moved to Arsenal, so I always knew he was a top player.

“I think this season he’s shown how good he is and why he has been selected.”