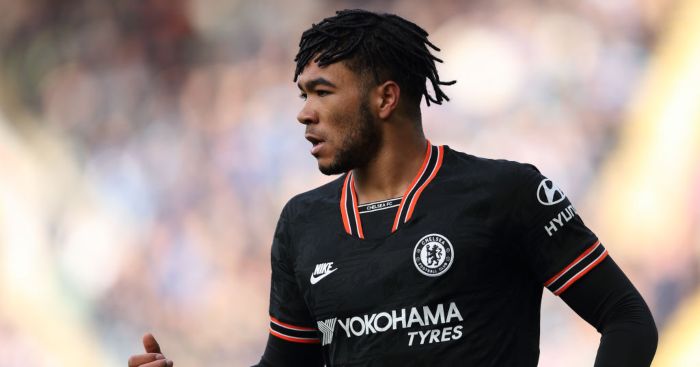 Former Chelsea player Frank Sinclair has urged Reece James to think about switching position if he wants to get in the England team on a regular basis.

Trent Alexander-Arnold has been phenomenal for Liverpool over the last couple of seasons with 22 Premier League assists to his name since the beginning of last term.

James has made 20 appearances in his breakthrough season at Stamford Bridge and, despite impressing, will find it tough to dislodge fellow right-back Alexander-Arnold from the England starting XI.

And Sinclair reckons James could try and change position to become a regular selection in Gareth Southgate’s starting XI.

“If I was Reece, I might be clever and try and to start playing centre half or something because Alexander-Arnold is going to be a hard man to lodge out of that position the way that he’s playing at the moment,” Sinclair told Genting Bet.

“But it’s internationals and you need world-class players in every position if you want to really seriously challenge at that level.

“So to have someone like Reece James, who will fight for that second slot as the natural right-back, that’s a good thing for England.

“He came back off a great loan period at Wigan, where for the second half of that loan spell, he played in midfield and was unbelievable in there as well.

“When I spoke to Jody Morris after a FA Youth Cup victory for Chelsea a couple of seasons ago, he touched on how good Reece James was.

“He was saying Callum Hudson-Odoi gets a lot of the plaudits, but Reece James is just unbelievable.

“So now he’s coming to fruition and I can see him kicking on and being in Chelsea’s team for the next ten years or so and being a real mainstay.”