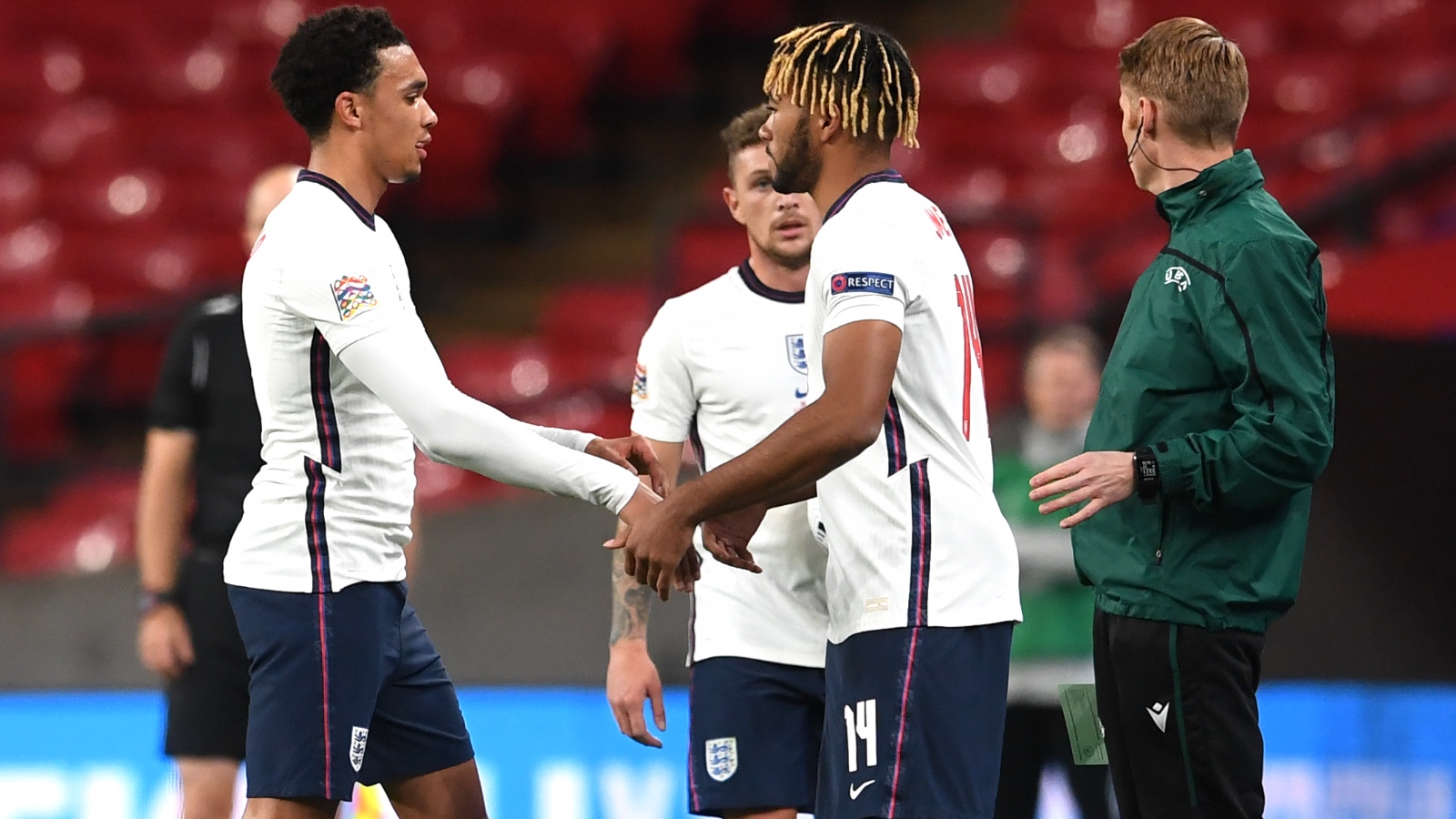 Reece James has denied suggestions that Trent Alexander-Arnold cannot defend but has admitted that both he and the Liverpool right-back are “learning [their] trade” as they battle it out for a place in the England team.

Alexander-Arnold came in for heavy criticism after the Champions League final last month when he failed to mark Vinicius Junior at the back post, allowing the Brazilian to run in behind and score the winner.

Despite being recognised as one of the world’s most gifted full-backs, Trent has been unable to escape the question marks over the defensive side of his game.

The consensus is that Kyle Walker, the Manchester City right-back, is a better defender than his Liverpool counterpart, which is why Alexander-Arnold has been denied a starting place in the England team.

James, the Chelsea right-back, has sought to rubbish claims that Alexander-Arnold is lacking in the defensive department, pointing out that he has also made mistakes – James gave away a penalty against Hungary in the Nations League last week – and yet does not receive the same criticism.

“I make mistakes as well. I gave away a penalty against Hungary so we are both still learning our trade,” he said. “Liverpool have 95 per cent of the ball and he defends less than I have to. People have a lot of stuff to say and don’t really know the game. Trent is a great player.”

He continued: “I’ll try everything I can [to be first choice]. Only my performances will be able to prove what I can bring. In these games and building into next season I’ll hopefully be able to show that I’m ready to play every game.”

Speaking after Alexander-Arnold’s error in the Champions League final, former Manchester City full-back Micah Richards told CBS Sports: “I knew before the game it was going to be tough. Not because I don’t think Alexander-Arnold is a good enough defender.

“It’s just the positions that he is in because he is so attacking at times. He is actually in a decent position to start with – he has one little look, but as soon as the ball goes, his body position, if he turned the other way, then he might have been able to adapt.

“As soon as the play materialises, he’s not looked. Van Dijk doesn’t help him. He has two men there. And then Trent is just napping at the back post.

“His game is so good going forward, if he can sort this out, get this out of his game, then he can be one of the best.”