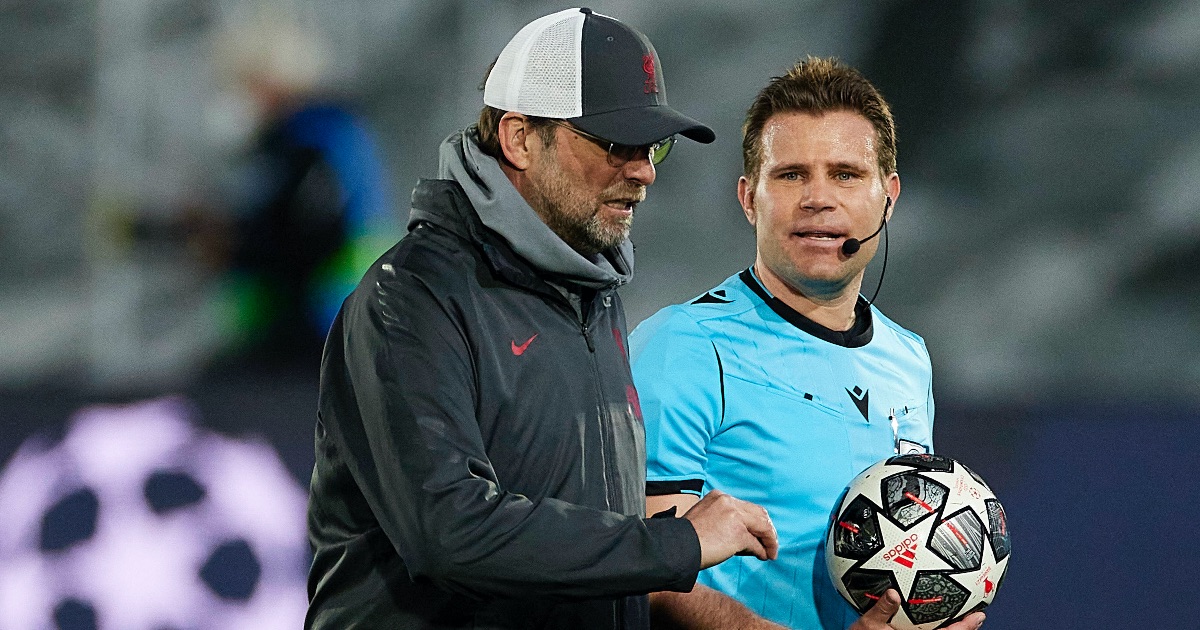 Referee Felix Brych reportedly hit back at Jurgen Klopp after the Liverpool boss claimed his treatment of Sadio Mane was “unfair” in the his side’s 3-1 defeat to Real Madrid.

The Reds have left themselves plenty to do in the return leg at Anfield next week after a poor display on Tuesday night.

Klopp’s side were 2-0 down at half-time following goals from Vinicius Junior and Marco Asensio, and despite Mohamed Salah halving the deficit just after the break, Vinicius soon struck again to give the Spanish giants a commanding lead ahead of the second leg clash on Wednesday.

Klopp admitted his side didn’t deserve to win the game due to a sloppy performance Jamie Carragher described as the worst he’s seen in his six-year stewardship, but the German boss also claimed Brych was partly to blame for the result.

The Reds boss claimed the referee failed to spot what he thought was a clear foul on Mane in the build-up to Asensio’s goal and approached Brych to voice his displeasure after the game.

The pair remained in conversation as they headed towards the tunnel, with Klopp – as reported by the Liverpool Echo – saying that Brych had been “unfair” on his side.

But Brych pointed out Klopp’s hypocrisy, claiming: “What you’re doing now is unfair too.”

After the game, Klopp was critical of his team’s performance but couldn’t resist having a go at the referee.

He said: “The situation with Sadio, what the ref did tonight I have to say I don’t understand.