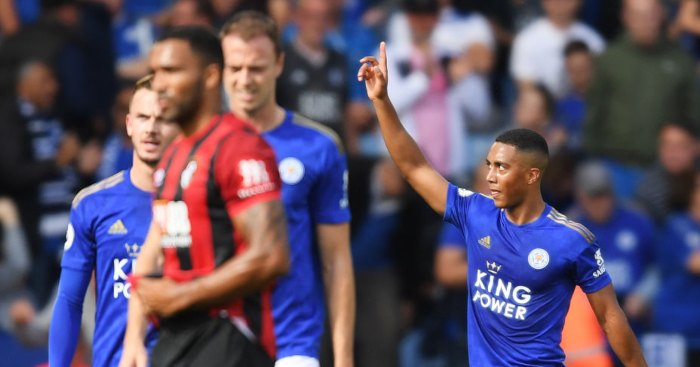 Referees’ chief Mike Riley has admitted that four mistakes have been made by VAR in the Premier League so far this season.

It is understood that he told top-flight chairmen that Leicester midfielder Youri Tielemans should also have been sent off for his challenge on Bournemouth’s Callum Wilson in the match on August 31.

The decision not to award City a penalty when David Silva was tripped in the box by Bournemouth’s Jefferson Lerma on August 25 was judged to be an error, as was the failure to give a spot-kick to Hammers forward Sebastien Haller when he was fouled by Norwich’s Tom Trybull in the match on August 31.

Also on August 31, Fabian Schar’s goal for Newcastle against Watford should have been ruled out for a handball by Isaac Hayden in the build-up.

Riley told Sky Sports News that in the Silva, Haller and Tielemans incidents it was indicative of the high bar the Premier League has set for overturning the decisions of the on-field referee, but that he felt the “clear and obvious” bar had been reached in each of these cases.

“If you look at the four match rounds 227 incidents have been checked,” he said.

“Out of that we’ve changed six decisions, (and) we think we should have changed 10 in total.

“That gives you the scale of where VAR can help and add value to the game. But it also demonstrates that this is still about refereeing a game of Premier League football on the pitch.”