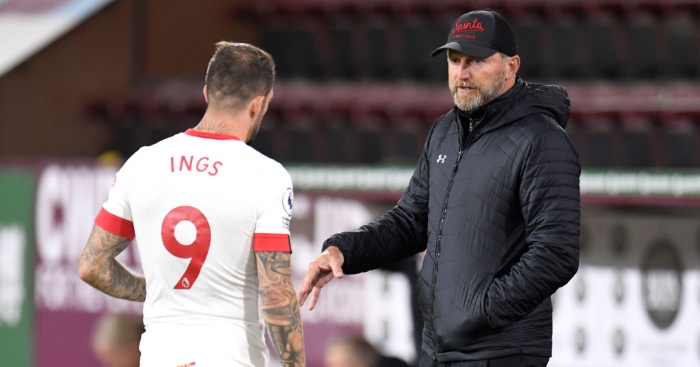 Danny Ings is yet to sign a new Southampton contract, with a release clause, rather than wage demands, the reported cause of the stalemate.

Contract negotiations between Ings and Saints started last summer after a stunning season which saw the former Liverpool striker scored 25 goals in all competitions.

The Athletic claim money has never been an issue, with Southampton offering the 28-year-old a deal that would see him become the club’s top earner. All parties have agreed these terms.

Ings’ concern is that a new contract would likely rule out the possibility of a top side paying what Southampton would deem acceptable.

With the striker reportedly desperate to play Champions League football, a release clause would keep that particular door open.

Southampton are said to be willing to include such a clause but the parties are rumoured to be as much as £20million apart in their valuations.

It’s a difficult balance to striker: too high and he won’t extend his contract; too low and they risk losing him on the cheap next summer.

The Athletic suggest Ings and Southampton could reach a “gentleman’s agreement” without a release clause, similar to the one between Sir Alex Ferguson and Cristiano Ronaldo when Real Madrid came knocking.

With Manchester United thought to be Ings’ preferred destination there could be assurances made that if they came calling the club won’t stand in his way.

This could rumble on for some time.