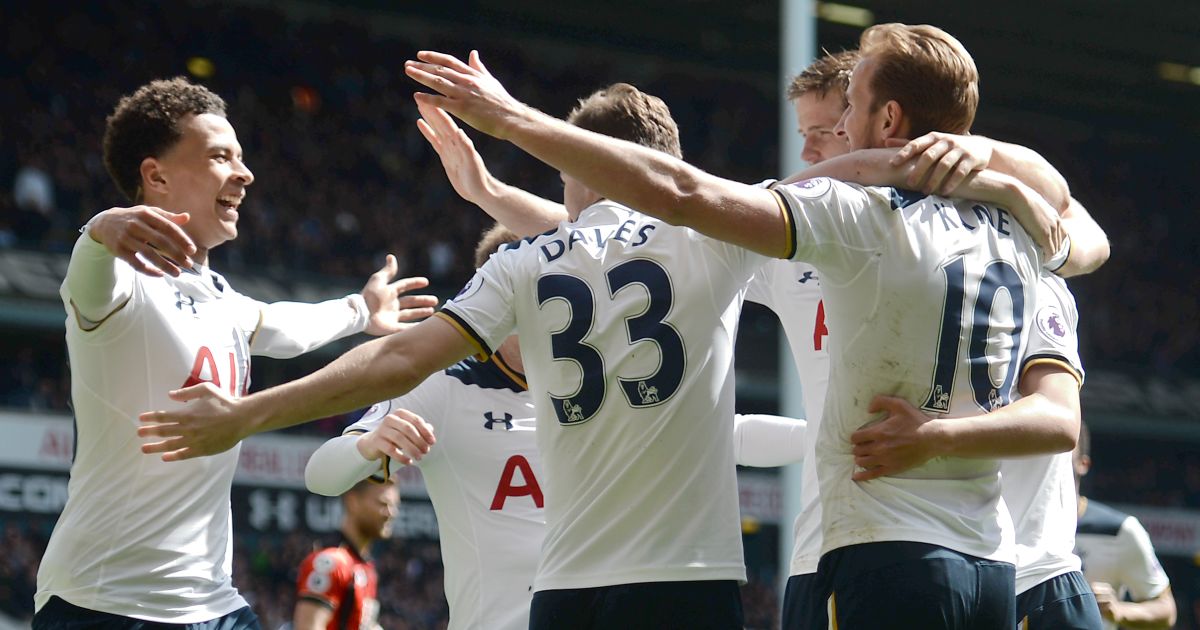 It’s not the done thing to give Spurs any credit, because they don’t win any trophies and that’s all that matters. They are Spursy. Stupid Spursy idiots. Reliable silly old Spurs, always good for a laugh. Lads, it’s Tottenham.

But as we sit here now with Spurs genuinely and objectively bad at football again – or if not quite ‘bad’ exactly, then certainly right back where they were pre-Pochettino as upper-mid-table strivers – and Manchester City celebrate the title with 80 points on the board and three games to go with Manchester United on course to be the worst runners-up since Spurs thoroughly Spursed themselves in 2016 to famously finish third in a two-horse race, the Spurs team of the following season that finished second with 86 points is worth another look.

They were a really, really good side. The late implosion in desperate and futile pursuit of Leicester (champions with 81 points) should not mask that 2015/16 was a hugely significant season of progress and promise for Spurs as well. Dele Alli arrived in the Premier League with spectacular results and one-season wonder Harry Kane hit heights he would surely never reach again.

While finishing third with 70 points was ultimately disappointing, that in itself was revealing. Spurs were crushingly, utterly, disappointed finishing third, with their best-ever Premier League points haul.

The following season, they went 16 points better. The best Spurs side in Premier League history (not admittedly the highest of bars) then instantly became over 20% better the following season. That’s just maths.

And nobody even really noticed. Coming right after The Leicester Fairytale, nobody was quite sure what to expect in 2016/17, and the start of the season did little to clear things up. Everyone was a bit meh. Then Chelsea went on a 14-game winning run, and that was the end of any title fight.

The narrative was set. Antonio Conte’s genius had turned Chelsea from stragglers to runaway champions, while most other attention focused on Pep Guardiola and Jose Mourinho failing to turn City and United into contenders, which was also the last time Guardiola and Mourinho found themselves on anything even approaching parity.

The banter about Spurs, when anyone even noticed them, was that they were going to have a parade for ‘putting the pressure on’ Chelsea. Probably release a DVD as well hahaha. No doubt the Dulux dog would have something to say about how small time that is, in between degrading himself selling a range of paint called ‘Once’ that from my own personal experience I can confirm should in fact be called ‘Twice’.

Anyway. Yeah, Spurs never really did put up a proper title fight in that season. But here’s the thing: nobody else put a proper fight to Spurs either. They finished second in glorious isolation, seven points adrift of Chelsea yet eight clear of a Manchester City side that would go on to do reasonably well in the four seasons since.

The only on-field Spursiness in that campaign came early, not under the late pressure. They drew six of their first 11 games, perhaps still coming to terms with the late disappointments of the previous campaign, but for the final two-thirds of that season they really were magnificent. Before Liverpool’s ridiculous 97-point runner-up season in 2019, surely no Premier League runner-up has been better.

Spurs won 19 of their final 23 games of the season, and 12 of the last 13. There was no Spursy collapse, no heads-gone Battle of Stamford Bridge, just another team that happened to be even better.

Even then, it was Spurs who halted Chelsea’s winning run with a dominant 2-0 win at White Hart Lane thanks to two Dele headers from Christian Eriksen crosses.

But enough of Chelsea, and putting the pressure on, and all the rest.

There was just so, so much to enjoy about that Tottenham team. They were glorious to watch and had matured significantly from and for the previous season’s collapse. There was no weak link. The Vertonghen-Alderweireld alliance was at the peak of its magnificent Belgian powers. Danny Rose and Kyle Walker were the division’s best full-back combination by a wide margin, Mousa Dembele could neither be passed nor dispossessed, Eriksen was supreme in the playmaker role, while Dele and Kane were somehow, inexplicably, even better than the season before. Heung-Min Son also started to come into his own.

Kane scored 29 goals in the Premier League alone, and 35 in all competitions. Dele and Son also broke the 20-goal barrier.

It was, in short, a pretty fantastic football team even if it didn’t manage to win anything. There, though, is perhaps where the Spursiness does kick in.

Not in that team’s ‘failure’ but in everything that has happened since. Spurs won nothing that season, but they looked absolutely ready to do so. Spurs scored more goals than anyone else and conceded fewer. They didn’t just beat teams, they smashed them. Ten times they scored four or more goals in a Premier League game. They were also capable of pulling results out of their arse in games that didn’t go to plan. West Ham were beaten from 2-1 down with 88 minutes on the clock; Swansea were beaten 3-1 from 1-0 down with 87 minutes gone.

Most strikingly, they won 17 and drew the other two of their 19 home games. The second and last of those draws came in October. They won their last 14 Premier League home games of the season, one of them 5-0 and four of them 4-0. As well as comfortably beating the runaway champions, they also too good on their own patch for City, Arsenal and United.

They turned White Hart Lane into a truly impregnable fortress. In those final 14 games at the Lane, Spurs scored 41 goals and conceded just seven. 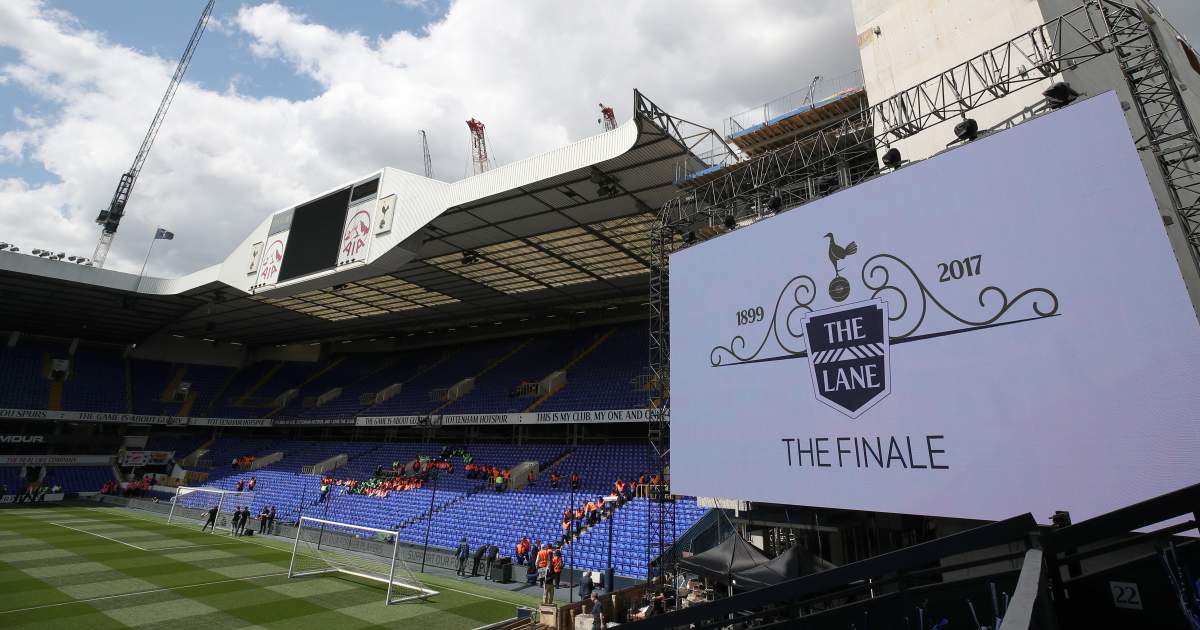 Spurs then promptly knocked the ground down and spent the next 18 months without a single home game.

When the new stadium finally opened, the moment had passed. Spurs had been unable or unwilling to strengthen a squad that was still very decent but by now on a downward curve, despite the illusory and preposterous run to the Champions League final two years later.

Two years further down the line, Spurs still have no silverware and look as far away as ever from challenging for it.

That 2016/17 Spurs side was the best for a generation. The results and the football were extraordinary. The club then quite literally destroyed the foundations on which it was built.

Truly, can there be anything Spursier than that: managing to somehow build legitimately the greatest football stadium on earth but to do so at the precise moment it fatally undermines your best team for 30 years?