Home All The News Remembering when Zvonimir Boban kicked a policeman… 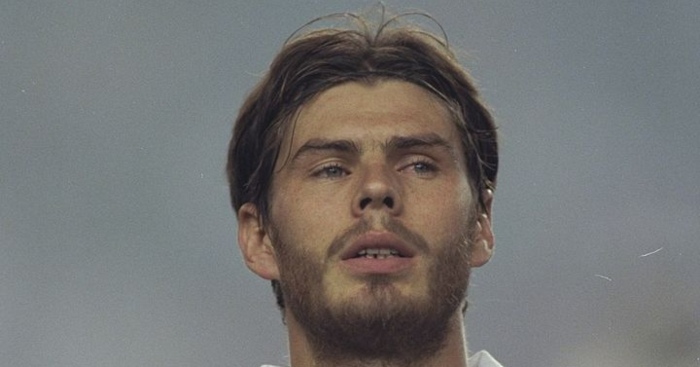 Normally when a footballer leaves a club it’s usually to join a better team, earn more money or they’re considered surplus to requirements.

But for Nick Dasovic, the prospect of fighting in a war didn’t seem too appealing and forced him to depart his former club Dinamo Zagreb.

The Canadian, who’s best remembered for his six years spent at Scottish side St Johnstone, was on the books of the Croatian outfit as a youngster.He trained alongside greats such as Davor Suker and Zvonimir Boban before his spell in Zagreb was cut short when the Croatian War of Independence began in 1991.

The conflict was sped up on the football pitch when Dinamo faced arch rivals Red Star Belgrade in May 1990. Tension between the clubs was high due to rising ethnic tensions in Yugoslavia and a riot ensued with many people wounded.

Dinamo skipper Boban received a lengthy ban for kicking a police officer for allegedly mistreating a supporter. The incident took place just weeks before Croatia’s first multi-party elections in almost 50 years in which the parties favouring Croatian independence won the majority of votes.

Nick told the Talkin Fitbaw Podcast: “I got there in, I think it was, ’88.

“You could feel the tension starting then, there was a definite tension. What really was the straw that broke the camel’s back was the game that we had at home against Red Star when the famous Zvonimir Boban, our captain, kicked the police officer.

“He hit one of my other teammates and Boban tried to protect him. Anyway, he kicked the police officer which ended up suspending Boban for six months.

“He’d miss the 1990 World Cup because of it.  That was kind of the start of what was going to happen.

“I didn’t leave initially then finally the embassy said you need to leave now because it was just getting too tight.

“I left and within a week they closed the borders down and it was getting right into a full scale war. They were scary moments and it was a difficult time because all my buddies were there and family members.

“You leave right when time is tough? But I wasn’t someone that was prepared to fight.

“Most of my buddies had to do the army, it was a pre-rec, you had to do it, it was mandatory for a year.

“So they all had training and everything, so for me it was a no-brainer to get out and go home and try and figure something else out. It was a very scary time actually, really scary.”