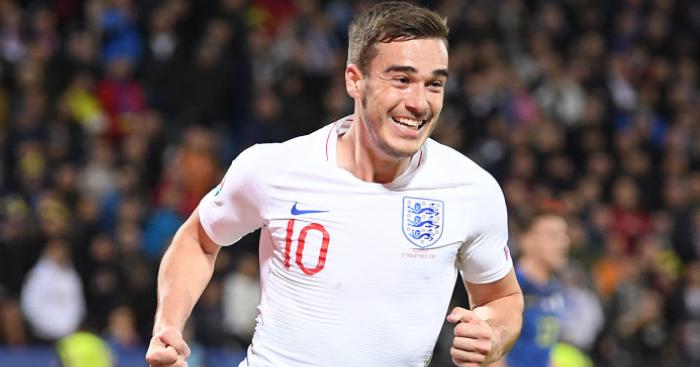 This England side has scored 37 goals in eight qualifying games. Thirty-seven. It’s not news that the England coach thinks they are quite good; it would only really be news if he didn’t.

But such is the obsession with ‘claims’ that The Sun tell us on their back page that ‘GARETH SOUTHGATE saw England secure top seeding for Euro 2020 – and claimed they are in a better position than before the last World Cup’.

Actual fact: England were not top seeds for the last World Cup because they were ranked 12th in the world. There is literally a ranking system that tells you that England are in a better position. It’s like ‘claiming’ that Liverpool are better than Everton.

And the back page of the Daily Mirror is no better with John Cross writing that ‘GARETH SOUTHGATE watched England clinch their place as Euro 2020 top seeds – and then claimed they are in better shape than at last year’s World Cup’.

BECAUSE THEY BLOODY ARE.

Message: Sometimes the quotes are sh*t and at that point you really should just write about the football.

A right Herbert
Over in the Daily Mail, Ian Herbert was indeed writing about the football and being pretty bloody miserable about it.

‘An unmistakable sense of uncertainty lingered as the team signed off last night,’ apparently. Reminder: They won 4-0.

‘It was not a performance befitting the welcome offered in gratitude for the part Britain played in the 1999 bombing raids which liberated this country.’ Reminder: They won 4-0.

Thankfully, Herbert was cheered by Harry Winks, who ‘was the shining light’. And he ‘operated effectively in the ‘pivot’ role where the manager likes him’. Except he didn’t; because he didn’t play there.

Not on the same page
Ian Herbert, Daily Mail, p3 pull-out: ‘It compounded matters that Trent Alexander-Arnold had a terribly poor night. His mind simply seemed somewhere else.’

Sami Mokbel, Daily Mail, p5 pull-out: ‘ Far more defending to do than he was probably expecting but stuck to his task with discipline.’

Stinkerman
Elsewhere in the Daily Mail, Dominic King is also painting an equally bleak picture of a confused England manager who has no clue who to pick in his starting line-up; the headline even says that ‘THE CLICK IS TICKING FOR ENGLAND’S TINKERMAN’. It feels like a stretch because it is; we have literally seen nobody referring to Southgate as a Tinkerman. Literally nobody.

‘The most challenging week in three years is over so you may think that will allow Gareth Southgate a moment to have a sigh of relief.’

Well, the week when he was preparing for – and then losing – a World Cup semi-final was probably his most challenging, fella.

‘England’s first game of Euro 2020 is 210 days away. It may seem miles off but when you boil it down, it is no time at all. England only have four as yet to be arranged friendlies before that big date on June 14 and we are still no nearer to knowing the identity of their best team.

‘This fixture in Kosovo was England’s 10th game of 2019; five alterations to the line-up that swatted Montenegro aside at Wembley last Thursday reinforced the notion that Southgate is a modern day tinkerman – his combined total of changes for the calendar year ended on 43.’

Mediawatch is not sure you can ‘reinforce a notion’ that literally did not exist until the minute you wrote about it.

And that figure of 43 changes means absolutely nothing without the context of England appearing in a Nations League semi-final days after the Champions League final and not using any Liverpool or Tottenham players, changing seven players before a pointless third-place play-off against Switzerland and then making another raft of changes ahead of this season as players like Joe Gomez, John Stones, Eric Dier, Dele Alli and Jesse Lingard lost their club places.

‘It is a remarkable figure yet you can be certain that the first half of 2020 will follow a similar pattern. How can it not? Put it this way, if the European Championships started next weekend, who would be in your starting line-up?’

Is it ‘remarkable’? We have no idea because there is no context.

As for the question about a starting line-up, the Daily Mail themselves asked eight of their ‘experts’ – including King – and all pretty much agreed on eight names. It sounds like much of the starting XI is actually pretty clear only 210 days away.

But according to King, there are ‘three areas that pose conundrums’. Are there bollocks. There are two: the preferred central defensive partner for Harry Maguire and the central midfield, both of which could easily be solved in the next few months.

‘The final piece of the puzzle is the left flank – Marcus Rashford, whose goalscoring cameo enlivened this night, Jadon Sancho or Callum Hudson-Odoi? Southgate thinks the world of Hudson-Odoi but he had a difficult time before being substituted and you wonder if he is ready for this level right now.’

We’ll stop you there; on current form, it will be Rashford. As all eight of the Mail’s ‘experts’ suggested with their chosen starting XIs. This is a non-issue. Oh and Southgate is not a Tinkerman.

One player, two views
The Sun on Tyrone Mings: ‘Endured a difficult game, particularly in the first half. Some of his passing was sloppy.’

The Daily Mail on Tyrone Mings: ‘Looked uncomfortable with the ball at his feet on occasion but defended stoutly.’

The Daily Mirror on Tyrone Mings: ‘Commanding in every sense. Dominated with size and strength.’

It seems apt that on the weekend of that Prince Andrew interview, another man representing England looked uncomfortable while being sloppily commanding in defence.

Pass master
We are told by various journalists that the passing of Tyrone Mings was ‘sloppy’ and there were ‘moments when he looked uncomfortable in possession’.

Pesky fact: Mings’ pass completion percentage was higher than that of the untouchable Harry Maguire,

Crazy, crazy nights
According to a back-page ‘exclusive’ on The Sun, ‘Harry Redknapp insists Spurs would be crazy to sack Mauricio Pochettino.’

Does he use the word ‘crazy’? Does he balls. Here is the absolute sum total of what he says:

“He’s a fantastic manager. You are only as good as your players and they need to pick up their form. It would not even come into the equation for me to get rid of him.”

No more. Nothing else.

Vomit-inducing propaganda of the day
‘Evidently, Rashford’s confidence is flowing. At times last season, he seemed cowed by conservatism. Now he is playing as if inspired by aspirational instructions from his manager’ – Laurie Whitwell, The Athletic.

Even without the obvious problem that ‘asprirational’ is not interchangeable with ‘inspirational’, this is absolute guff.

Rory Smith on the international break

Barney Ronay on When Saturday Comes