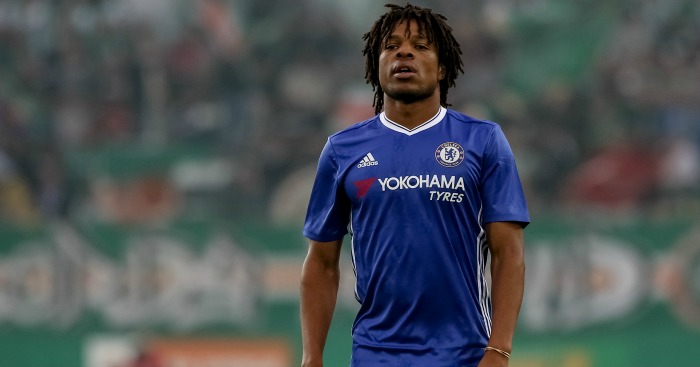 Crystal Palace have been hit by an injury blow to on-loan striker Loic Remy, who has returned to Chelsea for treatment on an ankle problem.

The 29-year-old France forward had joined the Eagles for the rest of the season ahead of the transfer deadline, but will not be able to feature for his new club in the short-term after suffering the injury during a training session on Monday.

A statement on Palace’s official website confirmed Remy would be expected to be “out for a number of weeks”, but “will be continually assessed during his rehabilitation”, with the medical staff from both teams in contact over his progress.

Palace manager Alan Pardew said: “It is obviously a blow for the player and for us as a squad, he has just joined us and we were hoping he would play a big part in the team moving forward.

“He was looking great in training and this was an innocuous injury which can sometimes happen unfortunately.”

Earlier, Palace had announced the signing of former Arsenal midfielder Mathieu Flamini on a contract until the end of the season.

The 32-year-old was a free agent having been released by the Gunners at the end of his deal earlier in the summer.

Flamini said: “Crystal Palace is a very ambitious club with great players and I am looking forward to being part of that squad.

“It is a very interesting challenge for me and I am very excited to be here.

“I have had chance to discuss the move here with Alan Pardew and he really helped me make my decision.”

Flamini made 246 appearances over two spells at Arsenal, winning the FA Cup three times as well as playing in the 2006 Champions League final defeat to Barcelona in Paris.

Having started his career at home-town club Marseille, he also had a spell in Italy with AC Milan where he was part of the team which won the Serie A title in 2010-11.

Having missed out on the chance to sign Arsenal midfielder Jack Wilshere on a season-long loan, Pardew is confident Flamini will prove a valuable addition to an Eagles squad which has also been bolstered this summer by the signing of striker Christian Benteke from Liverpool.

“I thought it was important to get another midfield player,” Pardew said.

“His playing ability will help us but also his leadership qualities and his ability of how to win games in a passing style.

“I am delighted we have secured a player of his stature.”

Palace have made an indifferent start to the new Premier League campaign, with two defeats and a draw from their opening three matches, but did progress in the EFL Cup.

Pardew is hoping for a positive return when domestic action resumes with a trip to Middlesbrough, the promoted side unbeaten so far on their return to the top flight, on Saturday.

Midfielder Yohan Cabaye is recovering from a groin problem sustained in the draw at Bournemouth before the international break, and is not expected to feature.