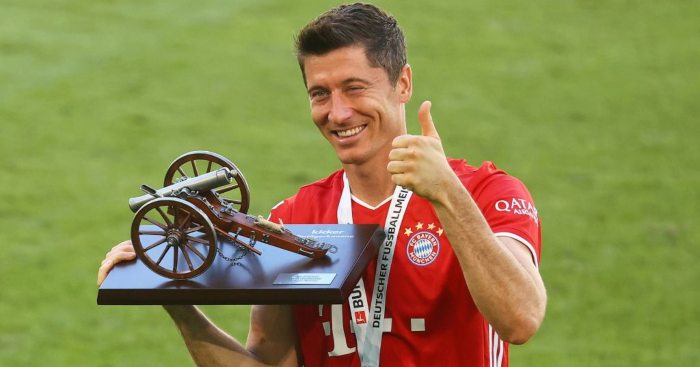 The Poland international has scored 50 goals in all competitions this season to help Bayern Munich win the Bundesliga title for the eighth time on the bounce.

There has been loads of speculation about the likes of Sancho and Grealish coming in to help Man Utd improve their options but Meulensteen reckons a striker similar to Lewandowski is what the Red Devils are “missing”.

“They brought Ighalo in as a player who could help United in certain times and he’s actually done very, very well,” Meulensteen told talkSPORT.

“But if you look at the other players there – Rashford, Martial, they’re not really out-and-out strikers.

“Greenwood, a young player coming up, it’s the same thing there.

“A lot of chances and goals can be created from the wide areas, Sancho is actually the same player.

“What I think Man United are missing is a striker of the calibre of Robert Lewandowski.

“Somebody up there who can hold the line, link play, but when it comes to finishing chances in and outside the box, that sort of player, they are hard to come by.

“Fifty million for Sancho, is that too much? For me, looking at what United have in those wide areas, is that where you want to strengthen?”