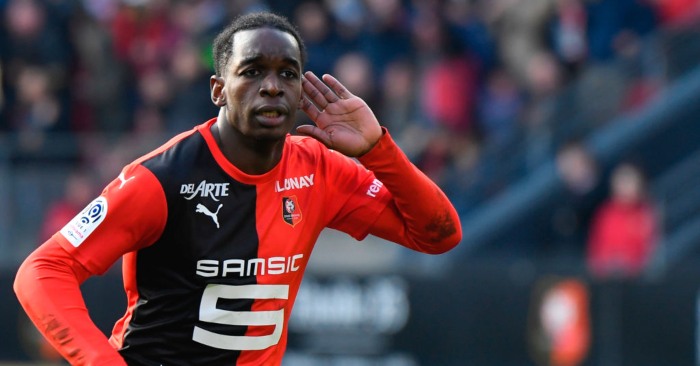 Rennes defender Faitout Maouassa has admitted that it’s “really nice” to be linked with a club like Premier League side Man Utd.

The Red Devils already have Luke Shaw as their main left-back while the emergence of impressive youngster Brandon Williams has given them another, possibly better, option.

There has been much speculation around the players Man Utd could bring in over the summer and Maouassa – who used to be a target for Newcastle United – has cropped up over the past couple of weeks.

OPINION: What has Solskjaer done to earn his transfer reputation?

Maouassa is a 21-year-old French Under-21 international who scored three goals in Ligue Un this season as Rennes chased a Champions League place and reports in France have linked him with a £10m move to Old Trafford.

On interest from Man Utd, Maouassa told Telefoot’s Julien Maynard (via Sport Witness): “I don’t let it go to my head. It’s nice, I won’t lie, it’s really nice to see clubs like that be interested in you. It’s just a pleasure, really, but like I said, I’m really happy at Rennes, I feel good and I’m staying grounded.”

When asked if anyone could tempt him to leave Rennes, he added: “With the season we did, I think we’re all a bit sought after, but personally, I’m happy at Rennes, we’ve got the Champions League, there’s no real reason for me to go seeing as I’m really happy here.”