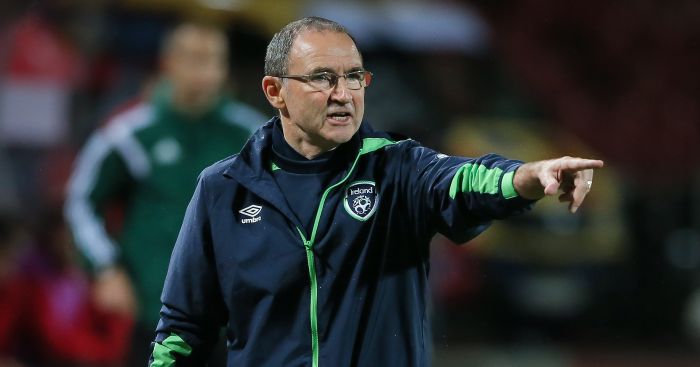 Republic of Ireland boss Martin O’Neill has defended his decision to include Everton midfielder James McCarthy in his squad.

The 25-year-old has been called up for Ireland’s upcoming World Cup 2018 qualifier against Austria despite currently being sidelined with a hamstring injury.

McCarthy has only played 57 minutes for the Toffees since the last international break and is a doubt for his country’s trip to Vienna a week on Saturday.

“I have included James at this minute,” O’Neill said. “Speaking to him, James is improving day-by-day.

“If the game was this week he would be out. He is doubtful for the week after.”

O’Neill played McCarthy – who was only recently recovered from injury –  for 90 minutes against Georgia and 81 minutes against Moldova in their last qualification matches, leading to criticism from Everton boss Ronald Koeman.

“James had declared himself fit,” O’Neill insisted. “He didn’t come off through injury (against Moldova), he came off through tiredness.

“Remarkably, he actually trained with Everton on the day his manager was bleating about it.”

Following the last international break, Koeman said: “When James came back from Ireland the message from Everton’s medical staff was that he was massively overloaded.

“I would like to have more commitment from the player of Everton because we pay the player but he was in a very difficult situation and it is ridiculous that he has surgery, five to six weeks out, three training sessions, plays 90 minutes and then, after three days, he plays another 80 minutes.

“They asked him if he was ready to play. It is very difficult for a player to say no because he is in Ireland.”