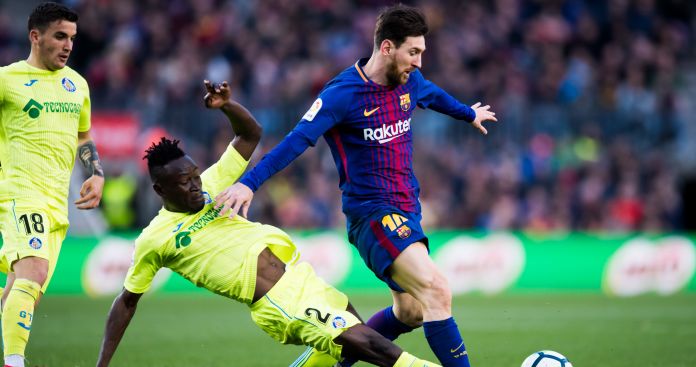 Getafe defender Djene Dakonam has emerged as a transfer target for new Arsenal boss Unai Emery, according to reports.

The centre-back was in terrific form for for the La Liga club last term and he particularly caught the eye in the second half of the season when he was outstanding in Getafe’s 0-0 draw with Barcelona.

He scored one goal in 36 appearances for Getafe as they finished the campaign in an impressive eighth position in La Liga.

AS claims that Emery wants to improve his Arsenal rearguard by bringing the Togo international to the Emirates Stadium.

The 26-year-old has a €35million (£30.6million) release clause in his contract with Sevilla and Villarreal also interested – and odds on the Gunners winning the Premier League next season can be viewed at novoline.

And, when asked about his future back in February, Dakonam said: “I’m happy to be at Getafe in my first year in LaLiga. It’s a club without pressure when you lose and it’s good for my first season. I’m working to play for a bigger club.

“My contract gives me security. I’m happy at Getafe and the best thing for everybody is that I have a good season. I don’t know what will happen tomorrow.

“I’m talking about the present and I’m focused on the second half of the season, which will be difficult for us, and in helping Getafe to reach all their objectives.”