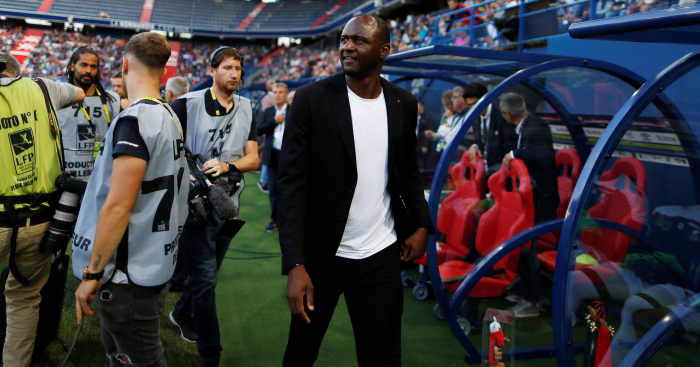 Arsenal have decided to make former midfielder Patrick Vieira their top target to replace Unai Emery at the Emirates Stadium, according to reports in France.

Unai Emery was sacked on Friday morning after their 2-1 loss at home to Eintracht Frankfurt last Thursday that took their winless run at the time in all competitions to seven.

The Gunners have since appointed Freddie Ljungberg as interim manager until the club decide on the right man to take Arsenal forward.

The former Sweden international could only manage a 2-2 draw on the road at Norwich City in his first game and will be taking charge of Arsenal as they host Brighton tonight.

Arsenal are currently 10th in the Premier League table but a win against the Seagulls could take them up to sixth.

Numerous managers, including Brendan Rodgers, Eddie Howe, Max Allegri and Nuno Espirito Santo, have been linked with replacing Emery – but there is yet to be a hint that an appointment could be close.

However, Nice-Matin claims that Gunners legend Vieira, who is currently manager of Nice, has emerged as Arsenal’s top managerial target.

The report from France says that the Arsenal board want Vieira, who has contract at the Ligue 1 club until 2021, to come in and turn around their faltering season.

Reacting to the news of Emery’s sacking, Vieira said on Saturday: “It’s a very difficult job and I realise that. It’s always sad to see a coach lose his job.

“Today it’s his turn and tomorrow maybe it will be me. When you throw yourselves into this job, you have to expect to be sacked one day.

“There are things I don’t control. People say a lot of things in this industry, whether they’re true or not. I have nothing to say on the matter. Like you, I read things, watch things and listen to things. That’s all. I have never said I wanted to leave Nice!

“Maybe one day I’ll be sacked without wanting to leave Nice. I know where I am and I know where I’m going and it doesn’t bother me.

“It’s true that this evening I would have preferred more questions about the performance of my players rather than on my future.”