Home All The News Report: Arsenal held talks with Fellaini over transfer 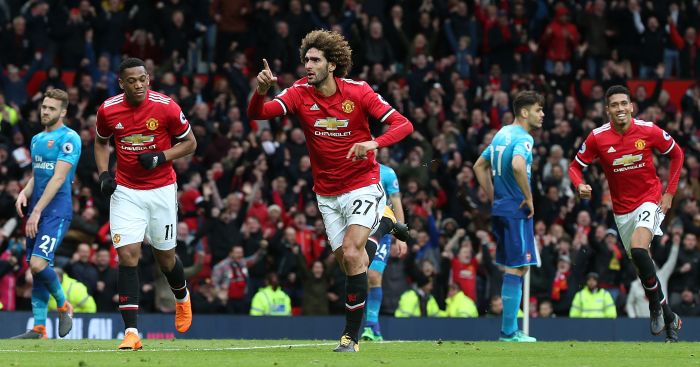 The Belgium international had been expected to leave Old Trafford this summer with the club and player failing to come to an agreement over a new deal at the club.

However, The Times claims that he is poised to sign a new two-year contract with the Red Devils and that the deal will be signed on Sunday.

The newspaper also says that ‘a source close to the player said that they also had a meeting with Sven Mislintat, the Arsenal head of recruitment, about a move to the Emirates Stadium. ‘

However, it is believed that United’s package was better than the one the Gunners put together with Fellaini now ready to remain at Old Trafford.

And The Times continue by saying that Fellaini will earn £100,000 a week for the next two years with an option for him to stay for a third year if both parties agree to activate it.