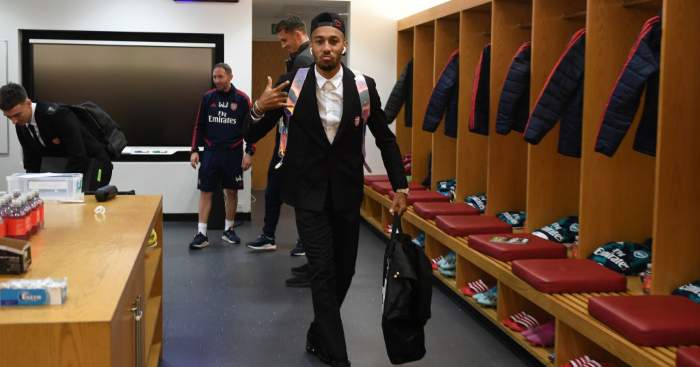 Pierre-Emerick Aubameyang could quit Arsenal at the end of the season if they don’t qualify for the Champions League, according to reports.

The Gabon international has seven goals in ten Premier League matches this season, while he has also scored one goal in two Europa League outings.

Despite his good record this term, the Gunners sit fifth in the table after ten Premier League matches that has seen seem concede 14 goals.

Arsenal are currently four points adrift of fourth-placed Chelsea and leaders Liverpool are 12 points ahead of them.

Their latest 2-2 draw against Crystal Palace came off the back of 1-0 loss to newly-promoted Sheffield United last Monday, with captain Granit Xhaka booed off before he told supporters to “f**k off”.

Aubameyang‘s record since he joined the Gunners in January 2018 is 49 goals in 76 appearances in all competitions, with a lot of clubs around Europe after that sort of firepower.

And the Daily Telegraph (via Goal) claims that Aubameyang may leave Arsenal at the end of the season if they fail to make the top four positions in the Premier League.

It is Aubameyang’s desire to play in the Champions League again and he is likely to wait until the end of the campaign to see whether to commit his long-term future to the Gunners.

The 30-year-old, who has been linked with Manchester United in the past, would only have a year left to run on his deal at the end of the season and he may have to leave to play in Europe’s premier club competition.