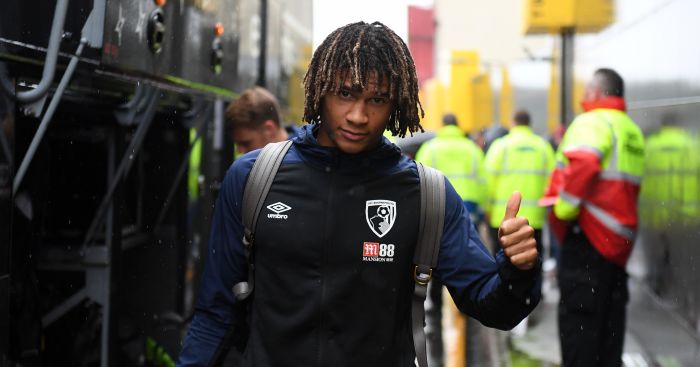 Chelsea will make Nathan Ake’s return a priority if Frank Lampard decides he needs a new defender in January, according to reports.

The Blues still have one window of their transfer ban left, but are hoping to get it overturned in time to do business in the winter window – and they will target a centre-back if they can.

David Luiz was surprisingly sold to London rivals Arsenal on Deadline Day, leaving Lampard with Antonio Rudiger, Kurt Zouma, Andreas Christensen and Fikayo Tomori as his recognised options in the heart of defence.

According to the Telegraph, Lampard is set to weigh up whether he needs to sign a replacement for the Brazilian defender during the first half of the season.

If he does, then he will target the re-signing of Ake from Bournemouth – with a buyback clause meaning they can purchase him for almost half of the Cherries’ asking price for other clubs.

Chelsea have the option to take Ake back for just £40m – a bargain compared to the £75m Bournemouth were reportedly asking Leicester to pay for the Dutchman after they sold Harry Maguire to Manchester United.

A move for Ake would bring another benefit for the Blues, as he also counts as a homegrown player, having come through the youth ranks at the Stamford Bridge outfit, who he joined as a 16-year-old.