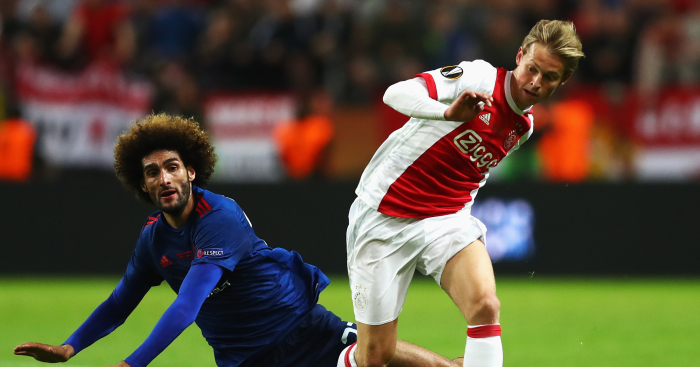 This is according to Goal.com, who in an exclusive state that the Catalan giants presented a £27m offer to the Eredivisie side.

In addition, they claim that Barca ‘were willing to let him stay at Ajax on loan for another year’ but that ‘Ajax were not willing to let their prized prospect leave – even for a higher offer’.

De Jong meanwhile told Ziggo Sport that he one day wants to play alongside Lionel Messi.

“If you end up in a club of a higher level, you will play with world-class players anyway,” he said.

“But I would really like to play with Messi someday.

“We were on vacation in Spain and my grandfather bought me Messi’s shirt with the 30, his shirt number then.

“My grandfather knew that I liked Messi and I wore that shirt all the time. Of course I would like to play with him. He’s already 31, so I have to hurry up.”