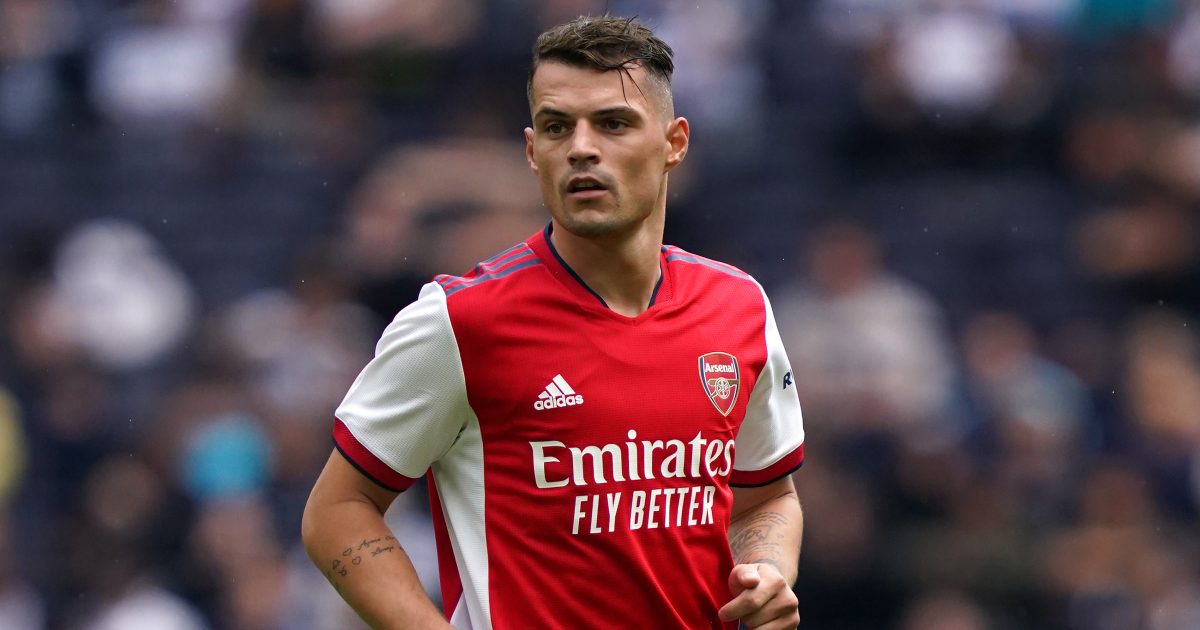 According to reports, it is “not impossible” for Roma to reopen negotiations with Arsenal over the signing of Granit Xhaka during the January transfer window.

The Gunners paid around £30m to sign the midfielder from Borussia Monchengladbach five years ago.

Xhaka’s performances for Arsenal have been inconsistent as he has played over 200 times for them across all competitions.

The 29-year-old has been capped 98 times for Switzerland and he impressed at this year’s European Championships.

Jose Mourinho’s Roma were keen to sign Xhaka during the summer transfer window.

The midfielder ended up staying at Arsenal and he has played five times this term. He is currently on the sidelines as he suffered a serious knee injury at the end of September.

It was confirmed at the time that he would be out for around three months. Corriere dello Sport (as cited by Sport Witness) have reported that it is “not impossible” for Roma to attempt to sign Xhaka in January.

Speaking in July, Gunners legend Ray Parlour suggested that the Serie A would suit Xhaka:

“Like a quarter-back he was pinging balls all over the place, I’ve never seen him play so well.

“He’s captain of Switzerland and you can see real desire in his face. He’s actually quite calm on the ball, not as mobile as you might like for a central midfielder, but then he has other players around him to do that work for him.

“Once he’s on the ball you know he can make a pass and he was certainly man of the match against France, which was the game of the tournament so far for me.

“Switzerland showed all the courage and guts you need to get back into a game when you fall behind. It was a brilliant game and Xhaka was sensational, they’re going to really miss him in the next game after picking up his second yellow card, which was a big blow to Switzerland.

“If he goes to Roma, I think Italy is perfect for him. It’s a slower game over there and you know Xhaka has got the passing ability to excel there.

“Whether he goes or not, we’ll have to see. I’m sure Mikel Arteta is across the situation.

“Consistency is so important in midfield, you’ve got to be performing like that week in week out and at times he’s had poor games – like 4 out of 10 games – and you need a player who will guarantee you a 7, 8 or 9 every week, which is difficult to find.

“I think that’s why he hasn’t been able to replicate that Switzerland form for Arsenal. Although he was much better last season to be fair to him. The pace of the Premier League is maybe just a little bit too much for him.”