Home All The News Report: Di Matteo given two matches to save Aston Villa job 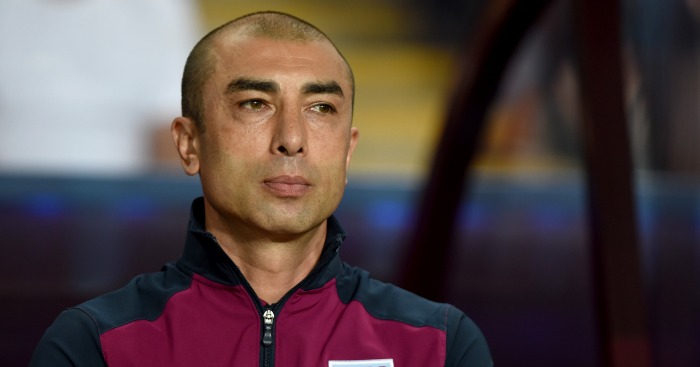 Roberto Di Matteo faces a fight to save his Aston Villa job, according to reports.

Former Chelsea boss Di Matteo was appointed on a two-year contract in June and was allowed to spend more than £50million on new players.

Owner Tony Xia was hopeful the former Italy international would be able to guide the relegated club straight back to the Premier League, while Di Matteo spoke of “looking forward to the challenge of taking Aston Villa back to its rightful place”.

However, Villa have only won one match in the Championship this term and are languishing in 17th position.

The midlands outfit have drawn six of their last seven matches and have scored only nine times in nine matches, despite heavily bolstering their attack over the summer.

And The Guardian report that Xia is losing patience with Di Matteo, who needs to win one of his next two matches to remain in charge.

Villa travel to Barnsley on Tuesday night before a trip to Preston on Saturday.