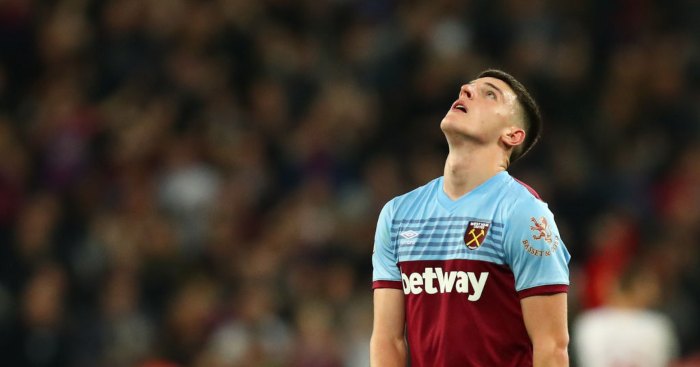 A report has revealed the main reason that Manchester United decided against signing West Ham midfielder Declan Rice over the summer.

The Hammers have reportedly slapped an £80million price tag on the young England international, after an impressive first full season in the Premier League.

The defensive midfielder is also now a staple in Gareth Southgate’s England squad.

Ole Gunnar Solskjaer is thought to be interested in bringing in a new central midfielder, with his options limited to Scott McTominay, Paul Pogba, Nemanja Matic, and Fred.

A recent report had suggested that United executive vice-chairman Ed Woodward had ruled out a move for Rice as the club aren’t willing to meet West Ham’s asking price.

However, a report in Goal now claims that the Red Devils are ‘pondering moves’ for Rice and Napoli defender Kalidou Koulibaly ahead of next season.

And Goal add that United ‘opted against making a move’ for Rice in the last window because they wanted to ‘strengthen their defence instead’ with the acquisitions of Harry Maguire and Aaron Wan-Bissaka.