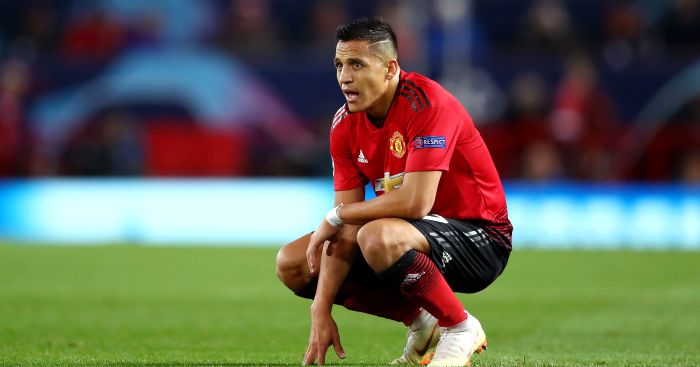 Manchester United are reportedly concerned that Alexis Sanchez’s contract will impede their attempts to tie down two key stars.

Jose Mourinho is reportedly eager to get David De Gea and Anthony Martial to agree new deals at the club amid speculation that the pair face uncertain futures at Old Trafford.

It is believed that both players have been in talks with the club over new contracts in the last few months, but United have not been able to get the deals over the line as of yet.

Rumours have suggested that Juventus are targeting De Gea on a free transfer when his contract expires, while Martial continues to be linked with an exit.

Now, the Sunday Mirror claims that Alexis Sanchez’s current deal could be what is stopping any kind of agreement being reached.

The Chile international currently received a £400,000 weekly wage, and that is believed to be the salary that De Gea and Martial’s agents are pointing to.

The Spaniard is reportedly looking for wages of around £300k-a-week, while Martial continues to play hardball having scored five goals in his last five games.

Mourinho urged Martial to stay in Manchester ahead of Saturday’s win over Bournemouth: “I hope we will agree. He is a talented player – everybody has known that since he was at Monaco.”