Home All The News Report: Liverpool looking to replace Coutinho with James 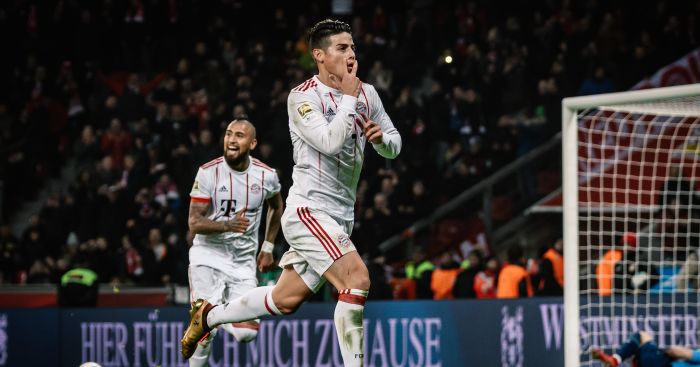 Premier League side Liverpool are in talks with Real Madrid over a deal for midfielder James Rodriguez, according to reports in Spain.

The Colombian international is currently in the first season of a two-year loan deal at Bayern Munich after agreeing to the move last summer.

His time at the Bernabeu didn’t quite go to plan for Rodriguez but three goals and five assists for Bayern this campaign has seen him turn a corner.

The improved form of the 26-year-old has led to interest from some of the top clubs in Europe, with Don Balon claiming that Liverpool are among the sides interested in the midfielder.

Philippe Coutinho left Anfield for £142million earlier this month and the report understands that the Reds are looking to Rodriguez to fill the Brazilian’s boots.

However, there could be one major snag in the deal with Rodriguez needing to return to Real Madrid before the Merseysiders can agree a fee.

The La Liga side paid Monaco £70million for Rodriguez in 2014 and, according to Don Balon, Real will be keen to recoup most of that money.

If Bayern Munich refuse to terminate the loan deal early then any possible transfer could be out of Liverpool and Real Madrid’s hands.