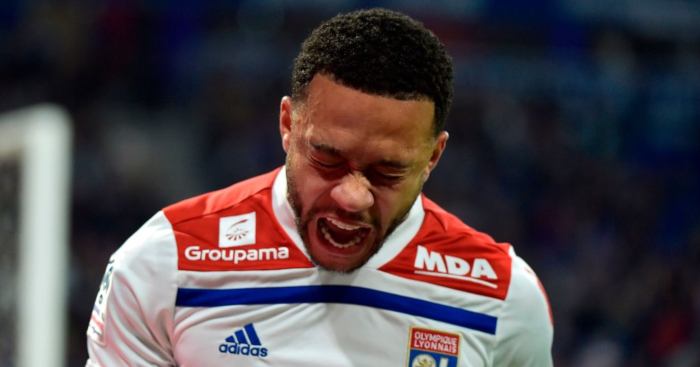 Depay is in his second season with the French side and has scored 10 goals and provided 13 assists in all competitions for his team-mates this term.

The Netherlands international is under contract at the Ligue 1 outfit until 2021 after joining from the Red Devils for £16million in 2017.

He left Old Trafford following a poor spell at United where he could only contribute seven goals in 53 appearances.

And French outlet Mercato365 claims that United’s arch-rivals Liverpool sent scouting staff to watch the Dutchman in Lyon’s 3-0 away win over Marseille on Sunday.

Jurgen Klopp is reportedly of the belief that the Reds need reinforcements in forward areas to boost their options if Sadio Mane, Mohamed Salah and Roberto Firmino suffer a loss of form or injury.

Houssem Aouar and Tanguy Ndombele were also playing in the match in France with Liverpool having been linked with the Lyon duo.