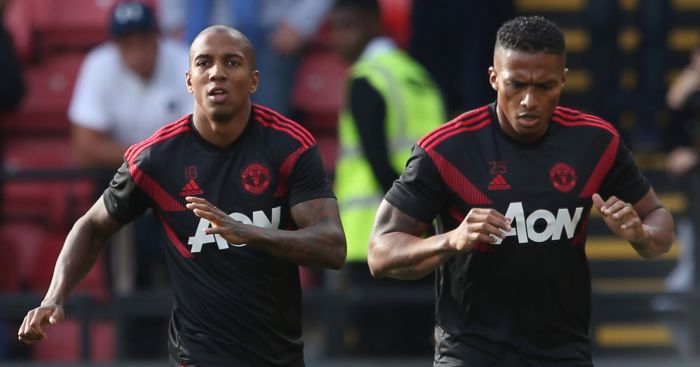 Manchester United are in talks with Antonio Valencia and Ashley Young over possible new contracts, according to reports.

The pair, 33, are out of contract at the end of the season but are both key members of Jose Mourinho’s squad.

Young and Valencia have shared the captain’s armband so far this campaign with the England international covering for Valenia until he returns from mouth surgery.

And the Guardian claims that the club will offer the duo 12-month extensions with Mourinho ‘keen’ for them to stay.

Young is a player reinvigorated with the 38 appearances for United in all competitions last season, the most he has made in his seven years at the club – while Valencia has been a key player since 2009.

Juan Mata, Ander Herrera, Chris Smalling, Phil Jones, David dea Gea and Anthony Martial all have deals that expire at the end of the season too – although United hold a one-year extension option on De Gea and Martial’s contracts.