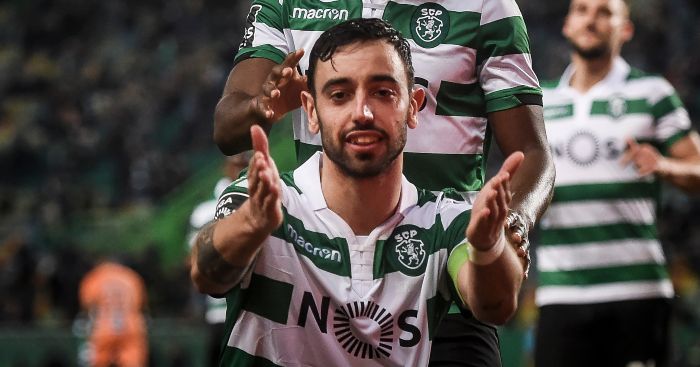 Manchester United are reported to be ready to launch a £65million bid for Bruno Fernandes this week.

But United appear to be making their move – though reports suggested that they did not want to meet Sporting’s valuation.

United were said to be willing to go as high as £51million in cash or a part-exchange deal worth £60million.

The Mirror claims Sporting were offered two of Marcos Rojo, Joel Pereira or Angel Gomes but the Libson outfit have rejected that offer.

So United are said to have accepted that they will have to raise the bid, with a £60million cash bid in the offing, with another £5million set to follow in add-ons.

The speculation over his future does not appear to be affecting Fernandes, who scored two goals on Saturday night to take his record for the season to 15 goals and 13 assists in 25 games.

Speaking after a 3-1 the victory at Vitoria Setubal, Sporting coach Silas said he wasn’t sure for how much longer he could count on Fernandes.

“I can’t guarantee any of these things because I don’t know,” he said.