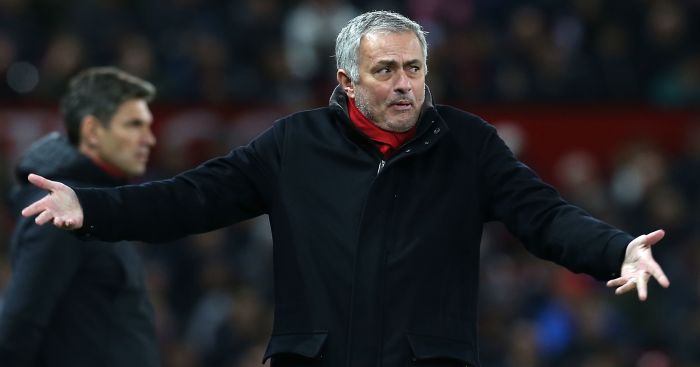 Jose Mourinho is set for another frustrating transfer window as Manchester United have no plans to make any signings in January, according to reports.

The Independent claims that a ‘general lack of communication’ between Mourinho and executive vice-chairman Ed Woodward has left the Portuguese coach ‘agitated’.

It was clear in the summer window that Mourinho wanted to bring in a centre-half to strengthen his side’s defence, but the club failed to bring in any of the names he wanted.

A difficult start to the season, that sees them 12 points off the pace in the Premier League is not helping Mourinho’s case in the transfer market.

And the report continues by adding that the ‘distinct possibility’ of parting ways with the former Chelsea manager at the end of the season could discourage the United hierarchy from investing.

The arrival of Fred – who United purchased from Shakhtar Donetsk for £52million in the summer – has done little to strengthen Mourinho’s case, due to his underwhelming displays.

While questions marks over Victor Lindelof and his increasing distrust of Eric Bailly are also raising concerns at the top of the club.

Despite Mourinho’s continued desire to bring in ‘are not currently making a concerted effort to bring anyone in in January.’