Home All The News Report: Martial tells Juve, Bayern he wants to leave 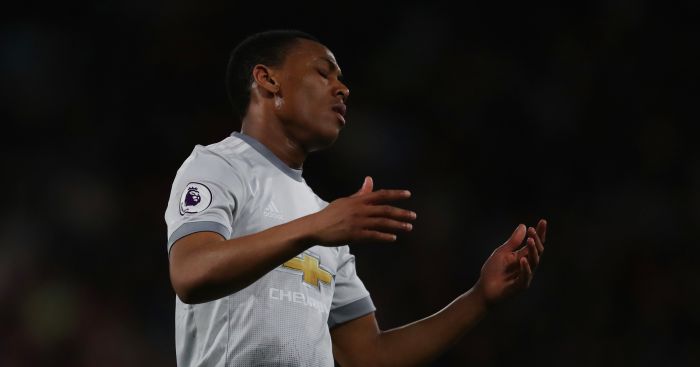 Manchester United forward Anthony Martial has informed Bayern Munich and Juventus that he wants to leave, according to reports.

The Frenchman has scored 11 goals in all competitions this season but his playing time has been limited under Jose Mourinho with just 17 starts in the Premier League.

He has never fully cemented his place in Mourinho’s line-up and the January transfer window addition of Alexis Sanchez won’t have helped his cause.

Italian media outlet Calciomercato claims that Martial is ready to leave Old Trafford and has been looking for a way out for ‘months’.

He was bought from Monaco for an initial fee of £38million in 2016 and as one of the best talents in European football has been linked with a number of clubs including Bayern Munich, Juventus and AC Milan.

And the report continues by suggesting that Bayern and Juve have been contacted by Martial’s representatives a number of times.

It is thought the Italian giants are leading the way with other reports in Italy indicating that an offer of £44million would prise the France international away from United.