Home All The News Report: Mourinho urges United to spend £60m on Maguire 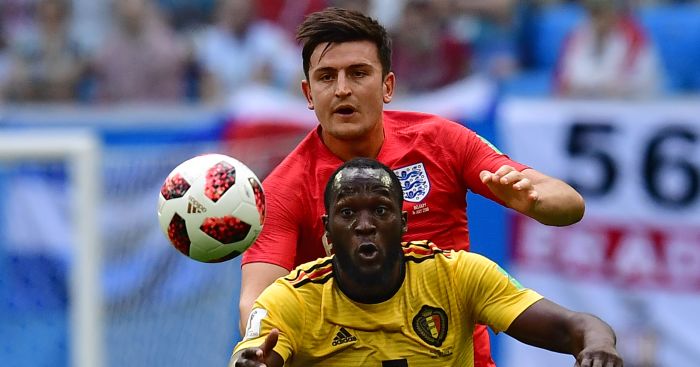 Jose Mourinho wants Ed Woodward to break the transfer record for a British defender by spending £60million Harry Maguire, according to reports.

The Manchester United boss recently admitted that he thinks the club needs two more signings before the transfer window shuts ahead of the new Premier League season.

Currently Woodward is believed to be working on potential deals for Tottenham’s Toby Alderweireld and Leicester’s Maguire with an eye on bringing in one or the other before August 9.

And The Sun claims that the Foxes would demand £60million for Maguire and that Mourinho is desperate to land the centre-back.

The current transfer record for a British defender is the £50million Manchester City paid for Kyle Walker last summer but it looks like that fee will be broken if United are successful in their pursuit.

Leicester have already lost Riyad Mahrez to City for £60million this summer after tough negotiations stopped the Algerian from joining Pep Guardiola’s men in January.

And the Foxes are likely to be just as stubborn with Maguire after the defender played a starring role for England at this summer’s World Cup in Russia.

The Sun continues by saying that Alderweireld could present the cheaper option with Tottenham valuing the Belgium international at £50million.